Mesothelioma is a rare form of cancer that lines a person’s organs and is the result of lead paint and asbestos exposure and… rarely, radiation exposure. Throughout the 20th century, millions of tons of asbestos were mined in our country and put in thousands of products.

Asbestos was very inexpensive and was used as filler in many different products. For example, asbestos was used in cements, drywall muds, brake and clutch linings, roof shingles, gaskets, flooring products, paints, textiles and insulation. Smoking does not cause mesothelioma.

Generally, it takes 20 to 50 years from the time of asbestos exposure until symptoms appear or mesothelioma is diagnosed. This time is called the “latency” period.

The companies that used asbestos knew as early as 1925 that asbestos was dangerous to the workers, to their families, and to the public. The companies commissioned medical studies that revealed these dangers. But these same companies chose profits over safety and hid these studies. They provided no warnings about the dangers. And as a result, thousands of Americans have been killed by asbestos.

Sadly, in the United States, asbestos use increased dramatically as other properties of asbestos were recognized. For example, asbestos was used as filler in many plastics and adhesives (glues) on tiles.

Asbestos was used in paper production in order to obtain a higher grade of paper with a lower grade of pulp. Immediately before and after World War II, brakes, clutches, building plasters, cements, shingles, insulation, drywall joint compounds and textured paints commonly contained asbestos. Almost any building material over 30 years of age may contain or be attached to some type of asbestos containing product.

In the United States, in 1917, Dr. Henry K. Pancoast, of the University of Pennsylvania School of Medicine, observed lung scarring in the X-rays of fifteen asbestos-factory workers. In 1918, the U.S. Bureau of Labor Statistics published a report by an insurance statistician noting the unusually early deaths of asbestos workers and revealing that it had become common practice for insurers to deny coverage for workers because of the “assumed health-injurious conditions” in the asbestos industry. By the 1930s, asbestos manufacturers and their insurance companies knew that asbestos was killing workers at alarming rates.

In 1934, Aetna insurance company published the Attorney’s Textbook of Medicine, which devoted a full chapter to asbestos exposure, noting that asbestosis was “incurable and usually results in total permanent disability followed by death.”  So severe were the hazards of asbestos that by the eve of World War II, asbestos manufacturing was in decline. The war, however, reversed the fortunes of the asbestos industry and launched an era of massive use of asbestos in ships that led to an explosion of asbestos products for the next three decades.

In the book, Outrageous Misconduct: The Asbestos Industry on Trial, written by Paul Brodeur, the author showed that nothing proves the culpability of the asbestos manufacturers in the death and injury of asbestos workers quite like internal documents from the companies themselves. These papers, just a handful of which are show here for the first time on National Television… prove beyond a shadow of a doubt that the companies and their insurers knew the hazards of asbestos and concealed this information from workers for decades. More than any other piece of evidence, it is the companies’ own internal papers that have convinced juries of citizens across the country that workers and their families deserve compensation to help them manage the severe and often fatal health consequences of working with asbestos.

The push by defendant industries to establish a national asbestos victims trust fund was driven in large part by the fact that ‘courts consistently find asbestos companies guilty, not just of exposing their workers to a substance — asbestos — that could kill or severely injure them, but of doing this with full knowledge of the fatal consequences of their actions, and of actively concealing this truth from these same workers.’

The 1966 comments of the Director of Purchasing for Bendix Corporation, now a part of Honeywell, capture the complete disregard of an industry for its workforce that is expressed over and over again in company documents spanning the past 60 years.

“…if you have enjoyed a good life while working with asbestos products, why not die from it.” — 1966 Bendix Corporation letter

In court cases after court cases, insurance and manufacturing company documents were made public through litigation. These papers reveal a brazen disregard for the men and women who, by the 1960s, were dying by the thousands each year for these businesses, a history of abuse and deception that is unparalleled in American industrial history.

In large measure, it is the written words of these company executives that have convinced juries across America those workers and their families deserve full compensation for their suffering.

In 1980, the American Insurance Association predicted that there would be between 8,000 and 13,000 claims a year from asbestos-caused cancer from 1977 through 1995. In 1968, The Travelers Insurance Company concluded that they faced major financial exposure from deaths due to non-occupational asbestos exposure near asbestos manufacturing facilities.

That conclusion was confirmed when a Manville attorney informed the Travelers that:

“Confidentially Johns-Manville has been contaminating the ‘Hell’ out of both the air and the water for quite some time.”

“… it is felt that as long as the man feels well…. is happy at home and at work, and his physical condition remains good…. nothing should be said. When he becomes disabled and sick, then the diagnosis should be made and the claim submitted by the Company….”

“The fibrosis of this disease is irreversible and permanent so that eventually compensation will be paid to each of these men”.

“But as long as the man is not disabled it is felt that he should not be told of his condition so that he can live and work in peace and the Company can benefit by his many years of experience.”

– “Mr. Brown, do you mean to tell me you would let them work until they dropped dead? – Yes, we save a lot of money that way.”

“Not only are we violating the existing regulations concerning clothing by not providing such clothing and laundering it, but we are also failing to protect our employees and the families of our employees from asbestos exposure.” 1974 Exxon memo

The goal of The Travelers’ “Catastrophe Products Committee” was to study the potential for asbestos to wipe out the company’s assets, and then, in the company’s own words, “make the catastrophe reducible to a level which would not imperil the assets of The Travelers. The question was how to do it. The decision, on the part of insurers, was to adopt the same strategy as producers: deny prior knowledge and admit no liability.

In 1977, the insurance industry’s “discussion group on asbestosis” unanimously decided not to admit liability in asbestosis cases.

Companies with significant asbestos sales used extreme measures to keep their customers in the dark about the risks of using asbestos products.

In a 1970 W.R. Grace memo regarding sales of its Mono-Kote fire-proofing spray product, which contained twelve percent asbestos, an employee urged:

“If the customer is persistent and threatens to eliminate asbestos — a certain amount of aggressiveness may be effective. Words and catch phrases such as “premature”, “irrational” or “avoiding the inevitable” will sometimes turn the table. The main objective is to keep the customer on the defensive, make him justify his position.”

1981 Dow internal memo marked “CONFIDENTIAL” had the following note scrawled across the top by a worried executive:

“We are in trouble and would be more so if we had an investigation. We need a crash program.”

Myra Williams died at the age of 59 on August 9, 2003 as a result of mesothelioma. She left behind her husband of many decades and their four children. Myra Williams was married to Jimmy Williams, Sr., whom she had known since they were teenagers. Jimmy operated natural gas compressors in the compressor room of a plant run by Placid Oil Company for several years during the 1970s.

Jimmy’s work involved crawling around on the compressors to take readings and change out asbestos gaskets, as well as just being in the compressor building where the air was thick from dust as a result of the vibrating compressors, caused a great deal of asbestos fiber to accumulate on his clothes.

Myra washed Jimmy’s work clothes when he came home in every evening, and in the process of doing so inhaled the asbestos fibers that caused her to contract the fatal disease. The compressors were manufactured by Ingersoll-Rand, whose operating specifications for the machines specified the asbestos insulation and gaskets, for which Ingersoll-Rand provided replacements as requested. Myra Williams developed mesothelioma over 20 years after she was exposed to the asbestos fibers in her husband’s clothes.

Neither the insulation nor the original or replacement gaskets warned of the health risks associated with asbestos exposure, even though those risks had been well known and identified by OSHA, and Ingersoll-Rand had been placing such warnings on its compressors and asbestos products provided to the U.S. Navy since the 1950s.

The greatest challenges presented by these facts was of course the fact that Myra Williams did not work on the compressors and around all of the asbestos, her husband Jimmy did.

So, the Williams lawyers had to show that Jimmy’s work clothes were the obvious and only source of the asbestos fibers that ultimately took Myra’s life. They were able to successfully do that by showing that there were no other known sources of asbestos exposure in Myra’s environment.

The Williams lawyers proved that the failure of Ingersoll-Rand to warn the workers at the Placid Oil plant was the ultimate cause of Myra Williams death, and that had the warning been given, Myra Williams, who was otherwise in excellent health, would probably still be with her family today.

Jeff has earned the highest respect from citizens and lawyers alike…. as some of the best in Lake Charles and Louisiana. He has seen many innocent & hard-working people become VICTIMS intentional corporate wrongdoing…. And because of that, he and his law firm are driven to fight for people who had been harmed by the willful or negligent actions of others. Their goals are not just to get Justice for their clients… But

to make sure that Corporations Respect and Protect the health and the safety of all workers. 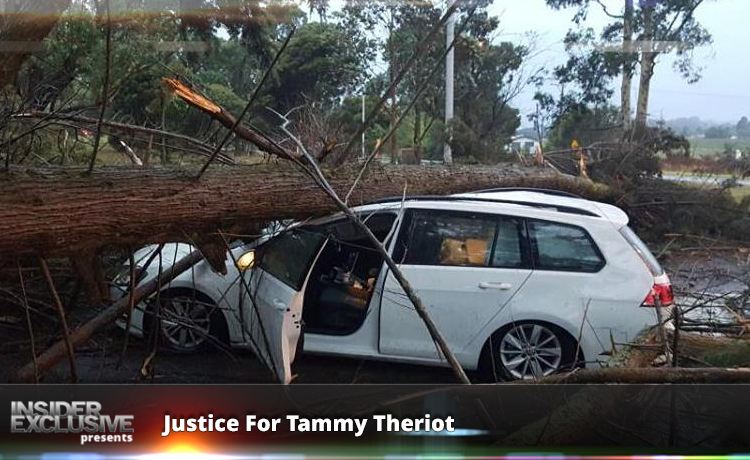 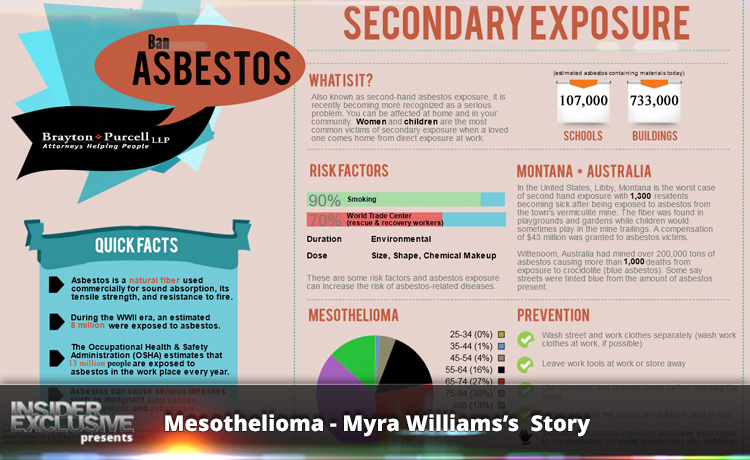