“I and the Insider Exclusive Film crew are first and foremost Frontline Activists for justice in addition to being Documentary Film Producers who discover stories often overlooked in mainstream media. We are the nation’s leading independent Legal Issues Film Producers, with more than 100 titles in all areas of law. The Insider Exclusive is dedicated to making critically acclaimed and cutting-edge TV Legal Issues Documentaries to publicize and broadcast in mainstream media.

I believe our “Justice in America Network TV Series” TV Documentaries provide important visions of diversity and individual expression that contribute unique perspectives to our culture. These works can create a powerful, shared experience among those who view them and often lead to reflection, discussion , action, and change. 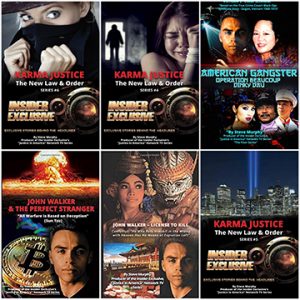 The Insider Exclusive is dedicated to fighting for justice to enhance consumer and victims’ rights, environmental protection and safety, civil rights and civil liberties, workers’ rights, America’s civil justice system, and the protection of the poor and powerless. We are dedicated to helping lawyers and activists who spend their time, their energy, and their money working to hold huge corporations, oppressive governments, and other wrongdoers accountable. We are committed to ensuring that justice prevails by making critically acclaimed and cutting-edge TV Legal Issues Documentaries to publicize and broadcast in mainstream media.