In Denver Colorado alone, Civil-rights lawyers suing the city and county of Denver assert the documented “ mistaken-identity arrests “are the tip of the iceberg” and are an undercount of the true magnitude of the problem. More than 500 people were wrongly imprisoned in Denver’s jails over seven years, with some spending weeks incarcerated or pleading guilty to crimes they did not commit before authorities realized they nabbed the wrong person.

In one case a black man spent nine days in jail after he was arrested on a warrant for a white man wanted on a sex-crimes arrest warrant. In another, authorities arrested an 18- year-old boy…. when they were searching for a man 30 years older. A white man was hauled in….. even when the suspect actually was an American Indian who was nearly a foot taller and 100 pounds heavier. He wasn’t released until almost a month had passed and not until the victim of the crime alerted authorities at a court hearing that they had the wrong man.

On March 6, 2008, successful Toronto businessman Rick Silver was in Boca Raton Florida to attend his nephews Bar Mitzvah celebration. On his way to the celebration Richard stopped at the Sears store on Glades Road. Instead of going from Sears to the celebration, Rick was wrongly arrested and accused of felony theft and taken not to the county jail but to the maximum security county jail with felons.

Imagine the Horror that swept through Richard’s friends and relatives minds, who had gathered together…. when they learned that Richard had been arrested and jailed as a felon. Rick had been a frequent Sears shopper and was returning goods he had previously paid for. He had checked out….left the store…headed to his car where he was met by two security guards from Sears who walked him to the back room of the store.

The Security guards …..unbelievably accused him of stealing and attempted to force Rick to confess to stealing and to sign a written confession, to which he adamantly refused. He also let them know he had receipts in the bag they had taken from him. Indeed in the evidence list obtained from Boca County police there was one of the oddest and most self-contradictory pieces of evidence I have ever encountered “Paid Receipt of items stolen.” He was arrested for…. not simple petty theft less than $200….but a more trumpeted up charge of “ fraud-swindle-obtain property under $20,000.00…..a felony”:

Because of the seriousness of the allegation, he was transported to a jail filled with felony offenders….. rather than the more regular county jail where he should have been taken. In this Insider Exclusive TV Special, Rick relates in first hand detail the “terror” he experienced locked up with criminals accused of murder, rape, robbery, and sex offenders.

Rick relates his nightmarish experiences with both Sears and the Police as they quickly understood the gravity and seriousness of their false arrest and accusations. His nightmare was also compounded by the exorbitant expenses of hiring a criminal defense lawyer to get these false charges dropped and his name cleared…… and how a Sear’s surveillance videotape conveniently disappeared that would have instantaneously proven Rick’s innocence. Needless to say, many prominent Canadians were outraged at what happened to Rick, right here in the United States. Rick treating physician Dr. Barbara Dorian sent a letter of outrage to the Boca Raton Mayor protesting what happened to her patient.

To this day, she has never had the decency of a courtesy reply from the Mayor or anybody associated with Boca Raton. Rick had obvious serious psychological damage from what occurred to him both in the jail and as a result of his diminished reputation.

Today we will discuss the issues of every persons’ Civil Rights and What you need to do if you are Falsely accused of a crime. Some of the issues we will cover are:

WHAT EXACTLY ARE YOUR “CIVIL RIGHTS” ?

HOW ARE THESE RIGHTS PROTECTED?

CAN YOU SUE WHENEVER SOMEONE INTERFERES WITH ONE OF YOUR CIVIL RIGHTS?

WHO CAN BE SUED?

WHAT TYPES OF REMEDIES ARE AVAILABLE IF YOU SUE?

CAN YOU SUE A STORE AND ITS SECURITY GUARDS FOR VIOLATING YOUR CIVIL RIGHTS?

TODAY, the Insider Exclusive takes a INSIDE look at “Woody” Igou @ the law firm of Igou & Smith …and how he Got Justice for Rick by proving a very “challenging & tough case” … And how Woody’s amazing courtroom skills and headline grabbing success rate …. continue to provide his clients with the results they need……And the results they deserve.Making sure juries understand how violations of your civil rights can truly devastate a person’s personal and professional life! Remember… Woody won’t be outworked. And He will not rest until justice is done for his clients. His Success in the Courtroom speaks for itself. ….. 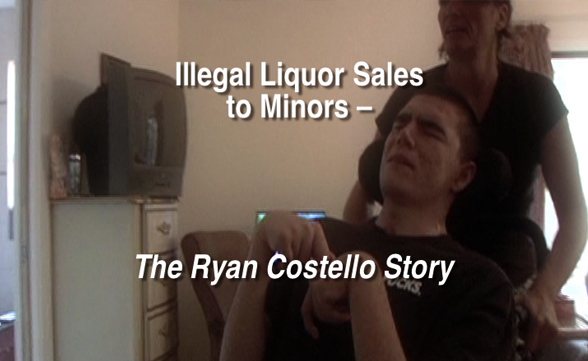 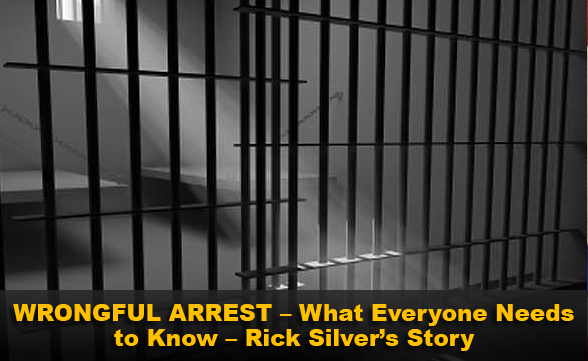 Wrongful Arrest – What Everyone Needs To Know – Rick Silver’s Story