“Everyday,…. Somewhere in America….More than 300 Innocent Men, Women, and Children become Victims of Medical Malpractice At the Hands of Incompetent & Negligent Doctors…Maybe Just like your own family Doctor…And end up either Dead or Permanently Injured .

Last Year Over 98,000 Victims died at the hands of incompetent or negligent Doctors… More than 4 Million victims are permanently injured

Today the INSIDER EXCLUSIVE “Goes Behind The Headlines” in “When Doctors Go Wrong – Below the Standard of Care” to examine how Howard Frederick, Ptr Silbowitz, Garafola, Silbowitz, Schatz & Frederick, L.L.P. successfully represented the Gina Brucato and her family in a very difficult medical malpractice case.

This is a story of a courageous mother who was able to seek justice for her children. It’s the most painful experience for a mother to witness her children suffer…. especially during their early years in life when they are most vulnerable.

Gina Brucato, mother of three, had to accept the fate of her first two children who acquired deficiencies shortly after their birth.

It was only after her third child was born…. that she realized that her children’s abnormalities were a result of medical negligence.

That’s when she had the good fortune to meet Howard Frederick, one of New York’s finest and most experienced trial lawyers.

Howard has earned the highest respect from citizens and lawyers alike…. as one of the best trial lawyers in New York and….. in the nation.

He approaches each medical negligence case as a scientist trying to solve a puzzle. He’s seen many patients suffer needless injury.

And because of that…..He is driven to help people who had been harmed by incompetent and negligent doctors. Howard’s goal….. To make Medicine Safer and more Accountable….and of course ….to Get Justice for his clients. 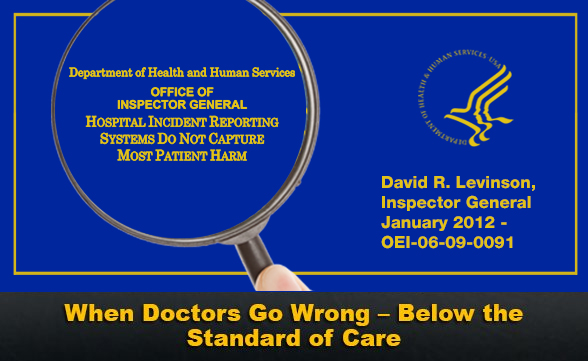 When Doctors Go Wrong – Below The Standard Of Care