In Part I of The INSIDER EXCLUSIVE TV Documentary on “U.S. ARMY CORP OF ENGINEERS -MRGO DISASTER –Part 2

John and Gilbert Andry, Lawyers at The Andry Law Firm discussed the entire history of the Mississippi River Gulf Outlet (MRGO) Litigation against the US Army Corp of Engineers ….going as far back to Hurricane Betsy in 1965,

And how the firm has successfully fought for the people of Louisiana against the US Army Corp of Engineers obtaining an amazing verdict “For the People!”

In this Second and Final segment of this show, they now share some additional insights on the legal battles and Issues that lay ahead, as well as offer sound suggestions for the future of the MRGO Ecosystem….Such as Restoring the Mississippi River Gulf Outlet (MRGO) area ecosystem that was severely degraded by the now de-authorized and blocked-off MRGO ship channel.

This is of great importance to local communities and environmental organizations working on coastal Louisiana restoration.Also by doing whatever needs to be done to restore the wetlands. And making sure that the Restoration of the wetlands will require a combination of techniques that build land…. re-establish the natural salinity and flow of water… and protect shorelines.

Will this cost a lot of money to close the MRGO and restore the wetlands? It will……but the cost pales next to the multi-billion dollar risk that the Greater New Orleans Area and St. Bernard Parish face as long as wetlands decimated by the MRGO are not restored.

If we follow the advice of some of the World’s most renowned Experts and Scientists who recommend several priority projects for the MRGO Ecosystem like:

• Mitigating many historical impacts of the MRGO channel;

• And Increasing the resiliency of coastal wetlands to erosion, subsidence, and sea level rise

THEN….. we’ve got a “FIGHTING” chance at saving and preserving one of America’s greatest environmental treasures

To see how the dedicated father & son Legal team, John and Gilbert Andry, of The Andry Law Firm are continuing their legal battle on behalf of the People of New Orleans …..in the Katrina Canal Breaches Consolidated Litigation

John and Gilbert Andry have earned the highest respect from citizens and lawyers alike…. as one of the best Trial lawyers in New Orleans…. In Louisiana….. and in the nation.

They are driven to fight for people who had been harmed by the willful or negligent actions of others..

BUT To make sure ALL Americans have the right to justice 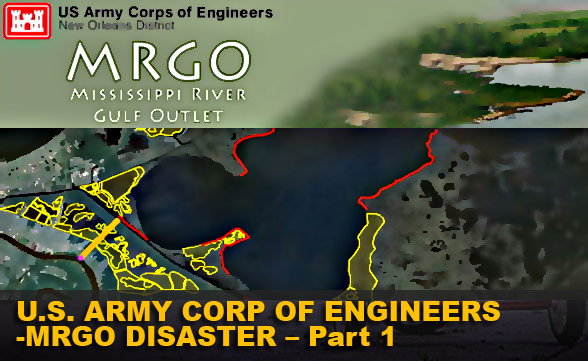 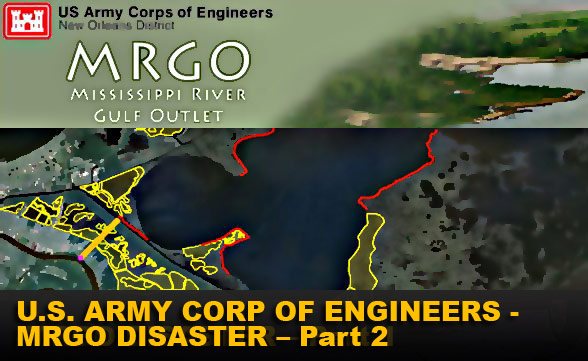