Officer Brian Dorian was Wrongly Accused and arrested in a notorious murder case dubbed the “Honeybee” Shootings. Brian, a Lynwood Police Officer, was arrested and charged in 2010 as the “Honey Bee Killer” — who went on a two-state shooting spree and killed one man

Brian’s Oct. 7, 2010 arrest was based on information that was coerced and influenced from one of the victims who was running from the killer. The victim gave a physical description of the gunman and the truck used in the shootings, which did not match Brian Dorian. The killer, later believed to be slain robber Gary Amaya, shot two men in Beecher and a third outside Lowell, Ind., in October 2010.

Based on evidence including the perpetrators gun, it was determined that the Gary Amaya, who was killed… was in fact “The Honey Bee Killer”.
But the victim, in the case, was unduly influenced by sheriff’s officers and the Will County, Ill State’s attorney to speculate that Brian Dorian was the gunman, as Brian lawsuit alleges. Dorian told officials he was on his home computer at the time the attacks took place.

On Oct. 13, 2010, charges were dropped and Dorian was released from the Will County Detention Center. Brian’s six-count lawsuit claims false arrest and imprisonment, conspiracy and malicious prosecution. It seeks a jury trial and more than $5 million in compensatory damages, more than $5 million in punitive damages, attorney fees and court costs. The Will County, Illinois Sheriff’s office said the investigation into the shootings was followed “to the letter of the law.”

Since Brian’ arrest, he has suffered from very serious psychological and emotional issues stemming from what occurred to him. He has sought professional services to help get through what has occurred.

Brian Dorian is a police officer and has stated in interviews that “as a police officer you gather evidence to support your charges, you don’t charge and then gather evidence to support your charges”. Over the past year or so, Brian Dorian has sat back and tried to re-establish his life and gather the broken pieces from this horrific situation. He is currently back on the Lynwood, Illinois Police Force. In October, 2011 his lawsuit was filed with the United States District Court.

Today we will discuss the issues of every Americans’ Civil Rights and What to do if you are Falsely accused of a crime. Some of the issues we will cover are:

WHAT EXACTLY ARE YOUR “CIVIL RIGHTS”?

HOW ARE THESE RIGHTS PROTECTED?

CAN I SUE WHENEVER SOMEONE INTERFERES WITH ONE OF MY CIVIL RIGHTS?

WHEN IS A GOVERNMENTAL EMPLOYEE ACTING UNDER COLOR OF LAW”?

WHO CAN BE SUED?

CAN YOU SUE A GOVERNMENT OFFICIAL FOR A SUBORDINATE’S ACTS?

WHAT IS “IMMUNITY”? HOW DOES IT AFFECT YOUR ABILITY TO SUE?

WHAT TYPES OF REMEDIES ARE AVAILABLE IF YOU SUE?

CAN YOU SUE A LAW ENFORCEMENT OFFICIAL FOR VIOLATING YOUR CIVIL RIGHTS?

WHY ARE CASES AGAINST LAW ENFORCEMENT OFFICIALS SO DIFFICULT?

IS IT POSSIBLE TO RECOVER ATTORNEY’S FEES?

IS IT POSSIBLE TO RECEIVE PUNITIVE DAMAGES?

DO PRISONERS HAVE CIVIL RIGHTS? CAN THEY SUCCESSFULLY SUE FOR VIOLATIONS?
TODAY, the Insider Exclusive takes an inside look at the the law firms of Gregory Kulis & Associates and Carlson, Zelazo, & O’Dekirk , and how Greg Kulis’s amazing courtroom skills and headline grabbing success rate continue to provide his clients with the results they need……And the results they deserve.Making sure juries understand how violations of your civil rights can truly devastate a person’s personal and professional life! Remember… Greg won’t be outworked. And He will not rest until justice is done for his clients. His Success in the Courtroom speaks for itself. ….. 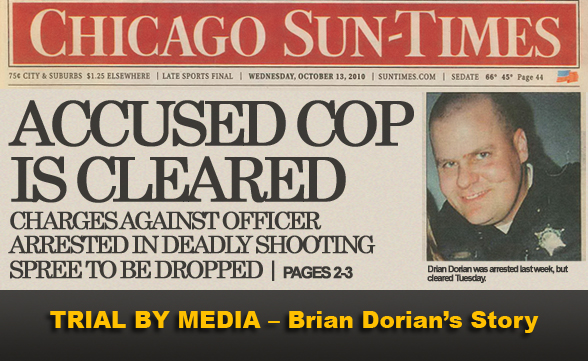