Tom Mesereau, Partner, at Mesereau & Yu, LLP is one of the most celebrated trial lawyers in America. He acquitted music legend Michael Jackson of all counts in a highly publicized trial in Santa Maria, California.

Tom’s reputation as a trial lawyer is unparalleled. For example, in a one-year period, Mr. Mesereau obtained seven (7) acquittals and two (2) hung juries.

He has won many high-stakes criminal, civil and administrative trials before judges and juries involving a wide-range of claims, including securities fraud, complex business disputes, murder, sexual assault and the death penalty.

In this exclusive interview, Tom speaks about Successful Courtroom Strategies, Cross Examination techniques, Inside the “Michael Jackson” trial, Celebrity Justice, the Media, Celebrity Lawyers, Race Relations in America, and his extensive humanitarian work on behalf of the indigent, the needy, and the oppressed, which has resulted in his receiving many distinguished awards for his excellence as a trial lawyer and devotion to equal justice for all.

Barbara Walters named him one of the year’s “Ten Most Fascinating People,” for his trial excellence and commitment to representing the underprivileged. GQ Magazine named him one of its “Men of the Year,” 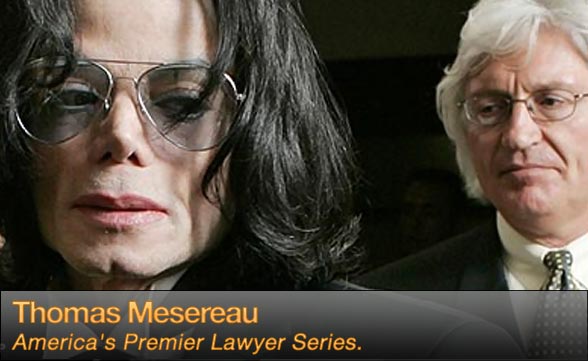