In this INSIDER EXCLUSIVE TV Special, we “Go Behind The Headlines” in THE LA FIRE DEPT “CODE OF SILENCE” – Don Rakisits’s Story ….. to examine how Trina Roderick & Nikolas Arnold, Ptrs, @ Roderick & Arnold, successfully represented former Los Angeles Fire Dept Assistant Chief Don Rakisits for in a wrongful termination case when, resulting from Don’s testifying on behalf of a female co-worker in a sexual harassment investigation

The Los Angeles Fire Department began a pattern of ostracism and harassment through other male mechanics and management. As a senior mechanic as well as a decent person…. Don felt it was his duty to testify truthfully. Others in the Department did not feel the same.

Within days of Don’s testimony, management began documenting Don’s personnel file to create grounds for his termination. Within months of his testimony, the Department’s Employee Relations division launched an internal investigation against Don accusing him of a myriad of violations ranging from ridiculous (allowing children to ride on a fire truck) to criminal (time card fraud on one day. After unrelenting pressure, including “freeway therapy,” and a never-ending investigation (9+ months), Donald Rakisits felt forced to resign his position.

Today, for the first time, you will see and hear “what’s is like to do the right thing for a fellow worker”…and “what often happens as retaliation” against good folks like Don. And you will see how Don’s lawyers, Trina Roderick and Nikolas Arnold “exposed” the LA Fire Dept’s own 52 Page “trumpted up investigation” to show a jury of his peers how Don have been railroaded…..

Trina Roderick and Nikolas Arnold have earned the highest respect from citizens and lawyers alike…. as some of the best Trial lawyers in Los Angeles …. In California ….. and in the nation. AND BECAUSE OF THAT…..They are driven to fight for people who had been harmed by the willful or negligent actions of others. Their goals….. Not ONLY To get Justice for his clients…..BUT To make sure that all those employees who…. have the courage and determination to “Stand up for others”, don’t get retaliated against. 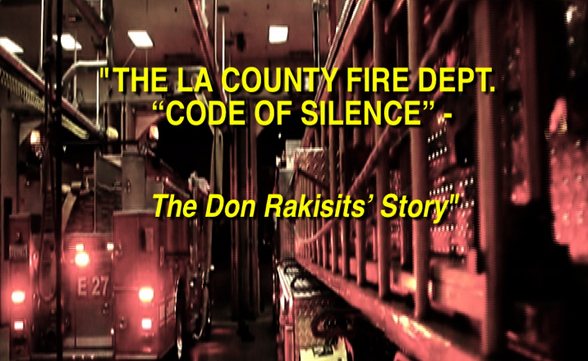