In times of war and uncertainty there is a special breed of Dedicated Professionals…. DEA Agents, the U.S. Coast Guard, and career DEA Forensic Chemists ……ready to answer our Nation’s call. Common Americans with an uncommon desire to succeed.

Forged by adversity…… they stand ready to serve their country… the American people…. and protect our way of life. America has many of these “quiet heroes,” many of whom risk their lives in the service of law enforcement, responsible for protecting our borders, and preventing the distribution of illegal narcotics in the United States.

These brave men and women are some of the best-trained and best-equipped professionals protecting America with deadly force if necessary. Many of these Drug Enforcement Agents are professionals that have served in the military. It’s not uncommon to find former Marines, Army Rangers, Special Forces, and police veterans serving in various positions within these teams.

They use words like …. “honor, code, and loyalty”. They use these words as the backbone of a life spent defending something. And they live up to their words: They walk their talk –

One of these quiet heroes is Darek Kitlinski, a U.S. Coast Guard Lieutenant Commander and a highly decorated former GS-14 DEA Supervisory Special Agent. He joined the DEA in 1998. He was terminated from the DEA on January 15, 2016. Another is his wife, Lisa Kitlinski, …. Also, a former GS-14 Forensic Chemist with the DEA. She had joined the DEA in Sept 1997. She was also terminated January 15, 2016.

The firings of contractors included relatives of certain DEA officials. Darek suspects that his actions drew extreme anger, embarrassment at the highest levels, from those who do not live a life of honor, code, and loyalty, and which may have led to retaliation against him and his wife, Lisa.

In this Insider Exclusive Investigative Network TV Special, our news team “Goes Behind the Headlines” with Darek and Lisa Kitlinski and their lawyer Kevin Byrne, Partner @ Fluet Huber & Hong Law in search of real justice for them… in this new Network TV Special, “The DEA– Darek and Lisa Kitlinski’s Story”, to tell their true and courageous story to seek justice for themselves.

Darek’s and Lisa’s stories are not just a simple tales of how the DEA wrongfully “terminated” them for fabricated reasons, …… NO…Their stories are also a tale with a strange twist of a DEA cover-up, right out of a John Grisham thriller…. where a DEA owned blackberry was mysteriously planted in Darek’s car in the “active” mode…..to illegally listen to Darek’s and Lisa’s conversations in the privacy of their own car.

A phone identical to the type of phone his San Diego supervisors had deployed to surveil a corrupt DEA Agent, and which was later traced to a senior DEA employee in the defense of the Agency against Darek’s complaints. Darek’s story is also about the DEA’s continual harassment by his DEA supervisors for fulfilling his military obligations.

Darek, is a U.S. Coast Guard Lieutenant Commander reservist, and he and other reservists were ordered to report to active duty by the U.S. Coast Guard from time to time, but their DEA supervisors retaliated against them for fulfilling their military obligations.

In fact, in 2015, More than a dozen federal agents with the Drug Enforcement Administration filed an employment complaint in Washington, DC alleging discrimination and harassment by DEA management.

The Uniformed Services Employment and Reemployment Rights Act of 1994 “prohibits” this type of conduct. This act is intended to ensure members of the uniformed services, “are not disadvantaged in their civilian careers because of their service.”

Now the Federal government places substantial burdens, aka “a virtual obstacle course” of administrative procedures for government employees and former employees to file complaints and try to get justice. So, for Darek and Lisa it has been years trying to get the justice they deserve.

The DEA’s’ assertions of rights and a willingness to either misrepresent or play intentionally dumb over its own conduct, is their attempt to achieve the single-minded goal of destroying the Kitlinskis and their careers.

This case led to numerous DEA reservists coming forward to protest their treatment by the DEA and has resulted on some clarifications with respect to the rights and burdens that reservists face in proving claims of discrimination based on military service.

It’s believed that this case has also ended the careers of numerous DEA officials and is a perfect illustration to the public of the pettiness of a federal law enforcement agency to abuse its own employees.

The case has drawn Agency wide interest. It also raises severe concerns over the failure of the Department of Justice and its IG’s Office to protect the rights of employees in the reporting of possible misconduct, including criminal misconduct. 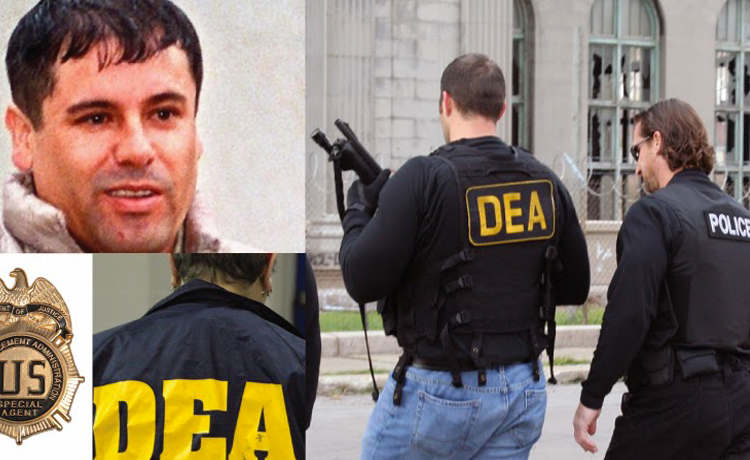