When a toddler wakes up with a cockroach lodged in his ear. Living in Rat infested apartments… with Conga lines of roaches parading through a house in broad daylight, and Leaky pipes and constant moisture breeding vast colonies of mold….. With Corroded old plumbing always backing up, causing overflows of sewage, And Lead paint chips and flakes, exposing children to lead dust…With Walls, ceilings and floors in complete disrepair – even to the point of collapse.

It’s unbelievable…. that we allow slum housing in 21st century America. But it exists! Thousands of people across America get sick, get injured, and sometimes die each year from living in slum conditions. Slum housing devastates the health and economy of entire neighborhoods. Too often, our children are the canaries in the mine… that force us to recognize slum conditions only after it is too late.

How well will a child do in school if she is being bitten by rats in the middle of the night? Who pays for the emergency room visits of a young boy whose asthma attacks are triggered by roaches, mold, or lack of heat? Who bears the cost of brain damage to a baby with lead poisoning? How often must parents stay home from work to care for themselves or their children who are sick because of slum conditions?

Today, The Insider Exclusive Investigative News team, “Goes Behind the Headlines” on location in Minnesota with Mark R. Kosieradzki and Joel E. Smith, at Kosieradzki Smith Law Firm, in “Tenants Rights – JaRhonda Wilks’ Story” to examine how they successfully represented JaRhonda Williams and her 6 month old baby boy, when he was severely burned due the intentional misconduct of the owners of a HUD subsidized apartment complex.

This wasn’t the first time these landlord owners had been in trouble with the City of St Paul….. Nick and Victoria Davis had a 20 year history of problems with the government, and the City of St Paul “found the premises … to be unsafe… unfit for human habitation… a public nuisance… a hazard to the public welfare or otherwise dangerous to human life.”

In fact 3 YEARS after JaRhonda’s baby was scalded with excessively hot water, authorities identified a total of 222 citations of problems within the facility, including 58 “severe” problems and 32 “major” problems. But the owners ongoing disregard for safety continued to put the tenants in danger. Regular government inspections failed to effect change. Even this horrible injury on its own was not enough to effect change.

It took the courage of a Mother and her baby son with the determination and experience of Mark R. Kosieradzki and Joel E. Smith to take on these powerful owners in a law suit. And It also took the courage and dedication of Judge Roland Faricy, who saw the societal benefit of exposing these owners to punitive damages for their complete disregard for their tenants’ safety.

Mark and Joel have earned the highest respect from citizens and lawyers alike…. as some of the best Trial lawyers In Minneapolis…..In Minnestoa….. and across the nation. They makes it their dedicated mission to get legitimate and truthful answers to what really happened to their clients in each case. They see it their mission to fight for people who had been harmed by the willful or negligent actions of others.

Mark and Joel have built a substantial reputation nationwide by consistently winning cases other law firms have turned down. Their amazing courtroom skills and headline grabbing success rate continue to provide their clients with the results they need……And the results they deserve. 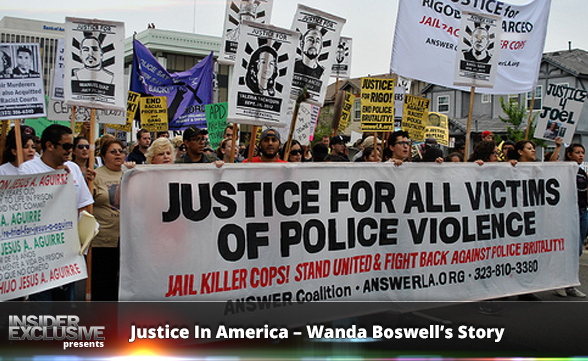