The Law Offices of Goldberg & Gage is featured in an exciting, exclusive, in-depth and inside interview with Bradley Gage, discussing

Bradley C. Gage has been a partner at The Law offices of Goldberg & Gage for approximately 12 ½ years. He has practiced law since 1985 and has worked in prestigious law firms in the past, including, Gage, Mazursky, Schwartz, Angelo & Kussman (1985-1987) and Tuverson & Hillyard (1987-1989) Sanford Gage of Gage, Mazursky, Schwartz, Angelo & Kussman, who had the largest verdict of all time in the State of Nevada ($49.5 million). While at Tuverson & Hillyard, he had the largest plaintiff’s settlement ever in that law firm for any attorney. ($1.6 million on a structured settlement which he handled with Terry Goldberg.)

Since becoming an attorney in 1985 Bradley has been retained as trial counsel for various insurance companies. He has represented many prominent individuals including a retired judge (with Terry Goldberg) politicians, a City Manager (along with attorney C. Stephen Love) and approximately seven police chiefs, including their family members, primarily in matters of employment. Bradley is admitted to practice in all of the Courts of the State of California, the Southern District and Central District of California and the Ninth Circuit. 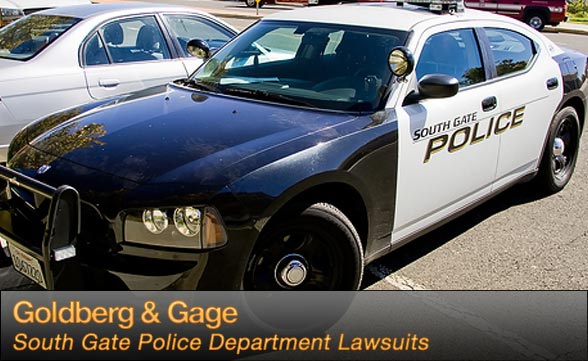