The launch of the 1965 Ford Bronco was a huge success story. Along with its subsequent 1984 “Bucking Bronco” Ford Bronco II.

If the Bronco was smart, its marketing was brilliant. Ford touted the Bronco not merely as an off-roader or a utility vehicle but also as a “new kind of sports car with 4-wheel drive.”

It wasn’t just cool…It was practical. The Bronco’s nimble chassis was ideal for both off-road rock crawling and around-town maneuvering. From the beginning, the Bronco’s future looked bright.  It went on to sell over 700,000 vehicles.

Lots of people loved the Bronco. It was rugged. Attractive. There was even a horse on the spare tire cover, a rodeo horse bucking fully and furiously, like it was attempting to kick a rider off.

But for every masterpiece…… there’s a horrid work of art lurking around the corner. Every brilliant idea comes with a blast of stupidity. And so, it went for the Ford Bronco. Unfortunately, that horse came to symbolize the Bronco in a very particular way: Rollovers.

Now Ford’s back to win over a new generation of Bronco drivers in 2021.

But Consumers, young and old, deserve to know the real history of the Ford Bronco, and its predecessor, the Explorer’s, deadly vehicle design defects, and coverups, resulting in over 3,800 deaths and hundreds of millions of dollars verdicts and settlements against them.

The idea behind the Bronco was not to create a new family vehicle, but rather to downsize the traditional four-wheel-drive truck. The Ford Bronco was based on pickup truck bones, and it was designed to be as rough-and-tumble as the original, as well as recognizing not just its off-road chops, but also for its suitability as a vehicle for all purposes.

Only problem was…… It wasn’t what Ford said it was……And Ford knew it…. Their own engineers showed management its dangerous defects …. But Ford management ignored them and worse yet, hid them. Ford’s engineers had calculated the Bronco stability index as dangerous. They strongly recommended to Ford, to widen the track of the SUV and lower the center of gravity.

It took a while, but eventually the rest of the world became clued-in about the Bronco safety issues. In 1989, Consumers Union, publisher of Consumer Reports, gave the Bronco its dreaded “AVOID” rating due to its tendency to tip over in emergency maneuvers, even at relatively low speeds.

The problem was that the Bronco needed a wider track and an independent rear suspension and they didn’t add it until 2002. But by that time over 3,826 people had been killed in Bronco and Explorer rollovers. It got so bad that the insurance giant Geico refused to write policies for it.

It wasn’t long before lawsuits began to pile up. In 1992 alone, the New York Times claimed Ford faced a total of $742 million in multiple lawsuits

How much money did Bronco litigation cost Ford? It’s difficult to say. In 2001, Time reported Ford spent a total of $2.4 billion in damage settlements related to the Bronco.

The Bronco name was quickly abandoned. Now, though, Ford has resurrected the Bronco as a rough-and-tumble off-roader, just like the original. There’s a smaller Bronco, as well, but it’s not called Bronco II, but rather the Bronco Sport. And, now you know why.

Today, The Insider Exclusive Investigative News team “Goes behind the headlines” …in “REMEMBERING FORD’s DEADLY BRONCO on the Debut of Their New 2021 Ford Bronco

To meet Joe Carcione Jr and Josh Markowitz of the law firm Carcione, Henderson & Markowitz, LLP to remember a landmark verdict of $296 Million dollars against Ford Motor Company for a rollover accident, which killed 3 members of the Romo family.

The case also influenced efforts to strengthen the roof support of vehicles. The jury in the Romo case determined that the standard roof of the Ford Bronco was defectively designed.

This is a true, but tragic and shocking story of consistent corporate greed, and it’s a story that has to change.

You can contact Joe Carcione Jr and Josh Markowitz at the Carcione, Henderson & Markowitz, LLP http://www.carcionelaw.com/ and 650 367 6811 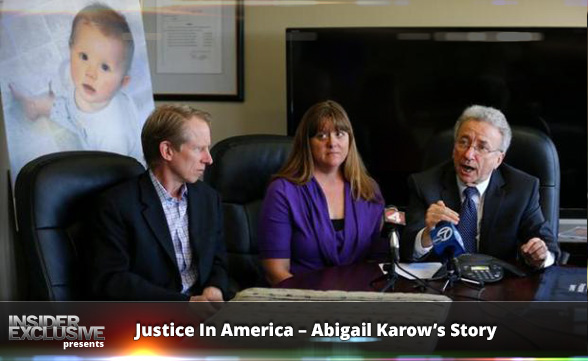