Matthew Fleuret’s attorneys, Stephen Bernard of The Law Office of Bernard & Bernard and David Brown, say he was arrested two years ago on suspicion of obstructing a deputy after a bar fight in San Clemente, California. And they allege that video footage shows deputies took Fleuret’s pants off and used a stun gun on him, even though he was handcuffed and, at one point, strapped to a chair. Flueret alleges he was tased at least 11 times. The video also appears to show a deputy slamming Fleuret in the head as he sat on a bench in the jail. The video was released as part of the discovery process in Fleuret’s lawsuit. It comes a few months after a drunken homeless man died after being tased in the Orange County jail.

Stephen Bernard joined his father, Saul J. Bernard, at the Bernard Law practice after attending the University of Southern California and Southwestern University School of Law. As lead counsel he has guided the firm to the forefront of class action, civil litigation, and criminal defense. Mr. Bernard also represents major art collectors and dealers in international transactions involving some of the great art of our time. His broad expertise and extraordinary record have made him a formidable figure in the California legal arena. 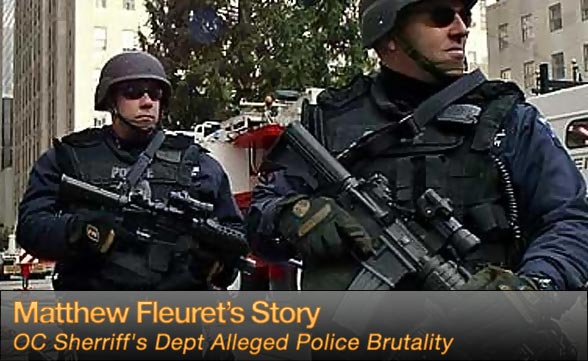