“Not resting till we get this right…..AND “We care about the …small people”

Yeaaaa Right…….But it’s the “followup”….”the real Action ” ….that anyone really cares about

And ……It’s hardly surprising that BP is adding their Cleanup contractors…..Some of those “Little”,,, “Small” People” that BP so warmly referred to ……to their long list of its victims.

Contractors say they are still owed hundreds of millions of dollars for their work in the Gulf oil spill cleanup.

And some of these hardworking “Little” “Small” People” are Cleanup Contractors like Chad and Paul Blanchard of Charlie’s Restaurant and Catering ….who BP hired to provide catering services for BP’s personnel and contractors engaged in the cleanup effort in Hopedale, Louisiana.

And then refused to pay Charlie’s invoice that BP had guaranteed…which totaled almost $300,000 and basically put Charlie’s Restaurant out of business!

…The manner in which BP Oil is “adding insult to injury”…by hurting the very same people ….that their Chairman swore to “care about”…”the small people”….And…” Not rest …..till they got their catastrophe right”

We will also show you how Chad and Paul Blanchard’s lawyer, Bruce C. Betzer, of the Law Offices of Bruce Betzer is getting Justice for Chad and Paul…

…. Bruce has earned the highest respect from citizens and lawyers alike…. as one of the best Trial lawyers in New Orleans…. In Louisiana….. and in the nation.

He Has seen many innocent & hard-working people become VICTIMS of this BP Oil Spill and Cleanup.

He understands that Corporate irresponsibility and “double-talk” is a major problem.
And The problem is not just in New Orleans…BUT nationwide….AND its nature is institutionalized.

His goals….. Not ONLY To get Justice for his clients…

BUT To make sure ALL Corporations “Walk their Talk”…. Live up to What they Say Publicly 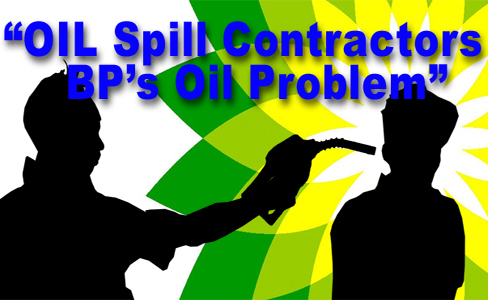