Every year over 50,000 motorcyclists are injured and nearly 2,000 of those are killed in traffic accidents. Riding a motorcycle can be an enjoyable experience…But along with all of the fun also comes the need for increased safety and attention to rider’s surroundings. One of the main reasons are careless drivers that simply do not pay attention to motorcycles on the road.

Riding a motorcycle carries with it dangers that don’t exist in cars. Unlike a car, motorcyclists are completely exposed to collision with another vehicle, or any object or the road. Cars outweigh motorcycles by thousands of pounds, which leads to disaster when they collide. The worst danger involved in riding, and probably the most common reason for a motorcycle accident, is that drivers of cars don’t notice the motorcycle rider on the road. Drivers often cut off or rear end motorcycles because they are following too closely. Cars need significantly more room to stop than a light motorcycle, and this often leads to crashes from drivers following too closely.

In comparison to drivers and passengers in a car, motorcyclists are 21 times more likely to die in a crash and 4 times more like to be injured. Motorcycles account for less than 2% of registered vehicles in the United States, but weigh in at 85% of all traffic deaths.

Her client was an illegal immigrant….The Police Report stated her client was at fault…Two independent witnesses confirmed the Police report. Her client’s insurance had been cancelled for non-payment

Today, for the first time ever on Network TV, the Insider Exclusive Investigative Series shows why Anna Dubrovsky was selected by the Consumer Attorneys of California as a finalist for the 2010 “Street Fighter of the Year Award” , as well as the “2011 Trial Lawyer of the Year Award” by the San Francisco Trial Lawyers organization, and how she won this case…and others with equally long odds!

Anna Dubrovsky successful representation of Clayton DaSilva has earned her the highest respect from citizens and lawyers alike…. as one of the best Trial lawyers in San Francisco….. in California…and in the nation. She has seen many innocent & hard-working people become VICTIMS in catastrophic accidents. And because of that….She is driven to fight for people who had been harmed by the willful or negligent actions of others. Her goals….. Not ONLY To get Justice for his clients…But To make sure that all Corporations respect Peoples’ lives and take responsibility for their negligent actions. 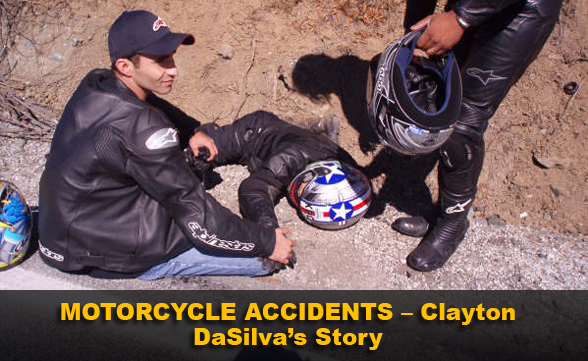