In 2003, 67-year-old John T. Jamelske was arrested in New York and charged with kidnapping a 16-year-old girl. As the investigation intensified, shocking details emerged of even more kidnappings. Jamelske had grabbed 5 women at different times, holding them captive in his Upstate NY dungeon near Syracuse and forcing them to endure repeated sexual assaults.

Besides assaulting them, Jamelske starved them as well, allowing them to eat the barest amount just to keep them alive. The conditions in which they lived were dirty and disgusting. The homemade dungeon beneath Jamelske’s house was equipped with chains for holding his captives down so he could force them into relations whenever he wanted. His youngest victim was only 14…. and a captive’s imprisonment could run anywhere from a few months to three years. He videotaped what he did, increasing their humiliation.

Jamelske was apparently one those “quiet guys” who fled into a world of fantasy as he grew up. He was college educated, married and had three children. As he aged, his need for control increased, as evident in his extreme penny-pinching and unwarranted berating of other people. Investing in land, he became a millionaire, but then shut out the rest of the world by building a tall fence around his home. In 1988, Jamelske was cruising around when he spotted a young girl walking alone. He picked her up and took her to his mother’s home with the full intention of having sex. Then he decided to just keep her, so he chained her into an abandoned well and said he would kill her brother if she tried to escape. Because he wasn’t asking for ransom,….Unbelievably….he did not consider what he’d done to be an illegal…much less kidnapping!!!

He kept this frightened girl chained up as a sex slave for two years, forcing her to keep a written record of each sexual encounter. Like the pathetic character in The Collector, Jamelske tried to create the illusion that they were in a relationship. Eventually, he built an underground bunker. While he ensured there could be no escape, he failed to include anything for his victim’s comfort, except a pipe for fresh air. When he finally decided to let her go, he took her to Nevada and then sent her home by plane to Syracuse. While she was reunited with her family, she told them nothing of what had happened to her.

Jamelske continued with four more young women, but three of them, once free, did tell their families or the police. Still, it was difficult to find him, because they did not know where they had been taken. All they could report was that their abductor had been an older white male with a birthmark on his forehead.

The fifth girl, only 16, proved to be Jamelske’s undoing. He picked her up in 2002 and subjected her to the same treatment as the others, but the girl had a plan to escape by befriending him…and As a result, she gained more privileges, including going with him on outings and using a real bathroom. But when she was in public, she did manage to phone her sister to let her know she’d been kidnapped. Soon the police picked them up and arrested Jamelske. When detectives entered the musty dungeon to look around, they found the smell repugnant. But certain items indicated to them that they’d finally apprehended the man who had kidnapped at least two other girls.

Jamelske insisted he’d done these girls a favor by keeping them captive; it had been for their benefit. However, the statements his victims made in court about how scarred they still were from their ordeal contradicted him. He received a sentence of 18 years to life.

Today the INSIDER EXCLUSIVE Investigative, “Justice in America” TV Series “Goes Behind The Headlines” in “MISSING KIDS – America’s #1 Priority”, to examine how Charles Bonner, Founding Member— The Law Offices of Bonner and Bonner got justice for John Jamelske’s victims ….Crimes against Humanity….

Charles Bonner, has earned the highest respect from citizens and lawyers alike…. as one of the best Trial lawyers in Oakland…. In California…..in New York, and across the nation. He’s also the Nationally Acclaimed Best Selling author of “The Bracelet,….. a book that has been described as “The Story That Will End Child Sex Slavery In The World.”

Charles has litigated thousands of cases, many dealing with child protection and safety issues. He have seen many innocent & hard-working people become Victims of predators like John Jemelske and Jeffrey Dahmer. He understands that these crimes are some of the most serious, enduring, and divisive human rights violations in the United States. The problem is not just in Syracuse…BUT nationwide….And because of that …..He is driven to fight for people who had been harmed by the willful or negligent actions of others.

He Learned A long Time ago ….that “we all need to keep a constant vigilance in finding missing children… identifying child victims of sexual exploitation and prevent these crimes from happening. And He knows that even when you get into a tight place and everything goes against you…. till it seems as though you could not hang on one minute longer…. You can never give up then, for that is just the place… and the time that the tide will turn. 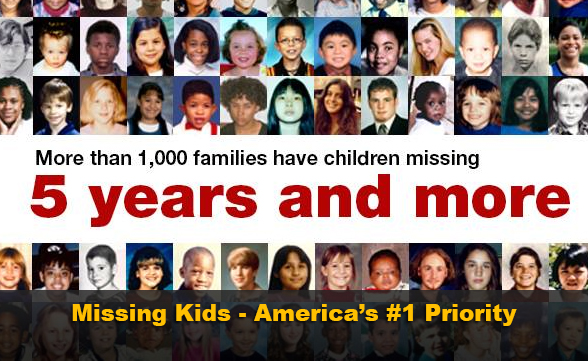