By any measure, the maritime industry is without a doubt one of the most dangerous industries to work in. Workers in this industry are exposed to virtually every kind of safety risk there is.

Ships on the open ocean are obviously subject to the elements, and those who support the industry from onshore have their own safety issues to be concerned with too. Virtually any safety issue you can think of is at play in the maritime industry, but here’s some of the most common:

The maritime industry is, of course, subject to the rules and regulations of the Occupational Safety and Hazard Association commonly known as OSHA. But other laws further regulate safety in this industry. The Jones act exists to protect workers who earn their livelihood on seagoing vessels.

There is also the Longshore and Harbor Workers’ Compensation Act. This law is in place to protect the rights of maritime workers who support the industry from onshore. Because both of these laws are in place, maritime workers are entitled to seek compensation when they are injured in accidents during the course of their duties.

For seamen, sailors and ship workers who spend more than 51 percent of their time on a vessel in navigable waters, the Jones Act is legislation that made “Maritime law” a federal obligation.

The Jones Act deals with injuries and illnesses that occur out on the water. It means that if you were injured or became ill while on the water, you are entitled to recovery – no matter who is at fault. You do not have to prove guilt or unseaworthiness.

Under the Jones Act, a worker who was injured or became ill during the service of an ocean-going vessel is entitled to the rights granted under Maritime Law including maintenance, cure and unearned wages.

Benefits under the Jones act and Maritime Law allow for basic remedies but additional benefits may be awarded if it can be proven that an employer or ship owner was negligent or that another crew member was at fault.

Kurt and Ed explain the Protections workers are entitled to working on these dangerous rigs under maritime law. Maritime law recognizes those who work on the water, such as seamen, dredge workers, captains and crew members frequently work in dangerous conditions. Depending on how a seaman was injured, general maritime law, the Jones Act, and unseaworthiness dictate his/her entitlement to compensation. Each of these particular maritime claims has unique and specific requirements in order to obtain compensation from ship owners and operators.

Richard Amavisca (“Rick”) is a long-time member of the Inlandboatmen’s Union (“IBU”). He spent his entire 30+ year career working for Foss Maritime and its predecessor as a deckhand on their fleet of tugs and barges.

Throughout his service, Rick was universally regarded as a loyal and very hard-working employee. He consistently received the highest exemplary performance evaluations from the company and was well liked by everyone at Foss.

In August of 2012, Rick was working aboard the Foss tractor tug LYNN MARIE. The vessel’s bow winch was having problems “free spooling,” and the captain had to fix it immediately because the vessel had a job scheduled.

As part of the repair, the captain and engineer decided to use steel bars and pipes as pry bars to repair this problem. While Rick was pushing and pulling a bar he hurt his lower back and aggravated his knee.

Rick had to leave the job due to his injuries on August 20, 2012. As soon as he left and made a claim, the company turned on him…. claiming the accident never happened, accusing Rick of being a liar and simply wanting an early retirement.

At trial, Kurt and Ed won by proving that the accident happened exactly the way that Rick said it did…..that the accident was the cause of his disability….. That Foss was negligent under the Jones Act and that the brute force “pry bar” task was an unseaworthy method of repairing the bow winch.

The jury decided in Rick’s favor under the Jones Act …because of Foss Marine’s negligence and unseaworthiness. Foss Marine had a duty to provide adequate safety equipment for the vessel.

In the maritime industry… this is a fairly common story– a loyal employee who becomes the enemy as soon as he/she retains an attorney to help them with their Jones Act cases.

Rick’s case demonstrates why the maritime laws protective of seamen are still needed and why Congress decided to allow seamen to pursue their rights in court as opposed to some workers’ compensation system.

Kurt and Ed have earned the highest respect from citizens and lawyers alike…. as some of the best Maritime Trial lawyers in in California…… And across the nation.

They’ve built a substantial reputation nationwide by consistently winning cases other law firms have turned down. And their amazing courtroom skills and headline grabbing success rate continue to provide their clients with the results they need……And the results they deserve. 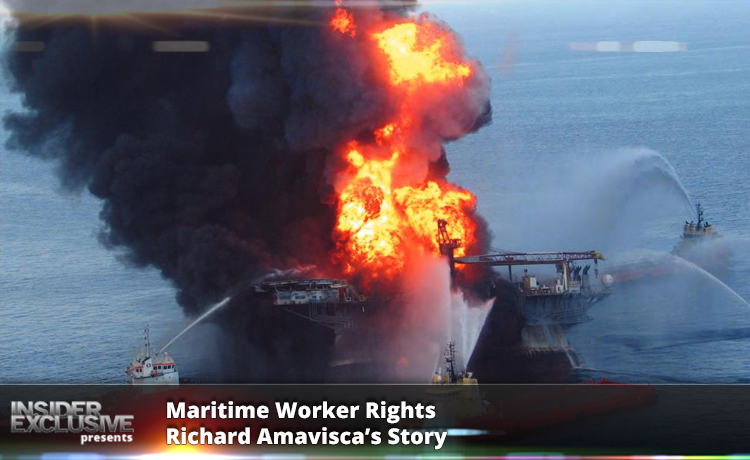