Carlo, a young and brilliant entrepreneur, developed public-private partnerships with local governments to build Wi-Fi infrastructures. In 2002, Carlo took the leading role in building wireless hot zones by successfully deploying one of the country’s first citywide, free Wi-Fi hot zone that used mesh technology in Baton Rouge, Louisiana. He continued to expand on the role of hot zones in cities and towns by merging wireless technology and application services.

In 2003, Carlo and his two friends jointly collaborated to develop a wireless video surveillance system for New Orleans, Louisiana. The system was so promising that major corporations, including Dell, Inc. and Ciber, Inc., struck secretive deals with city officials to take the technology and market it for themselves. The city officials in turn also struck secretive business deals with Carlo’s so-called friends to gain access to the technology…. leaving Carlo and his company out in the cold.

A contract was awarded to a company called NetMethods, run by former New Orleans chief technology officer Greg Meffert’s friend Mark St. Pierre, who was also a close associate of New Orleans former Mayor Ray Nagin. Meffert and St Pierre have since been convicted of corruption and a host of other crimes in connection with this scandal. Dell Inc. was also involved in the deal, working with Net Methods.

No longer satisfied with their secretive arrangements, the city officials, Dell and Ciber decided to take all the money for themselves. In 2005 when Hurricane Katrina devastated New Orleans… Billions of dollars in federal money poured into New Orleans. Through this elaborate scheme of bribery with public officials and kickback contracts and illegal, no-bid sales, Dell, Ciber and city officials sold tens of millions of dollars in wireless video surveillance systems across the United States originally designed and deployed by Carlo and his company.

The corruption expanded to include other cities such as Baton Rouge and Lafayette, Louisiana. Secretive deals were crafted where Carlo first introduced the technology and was quietly locked out in favor of officials with the Mayor’s Office of Technology in New Orleans. Today, for the first time on National TV, Carlo MacDonald and his lawyers, Marx Sterbcow and Jason Melancon will give you the inside exclusive story to one of the largest public corruption cases in Louisiana history, involving at least four felony bribery convictions and, large technology companies reaping tens of millions of dollars in sales while Carlo struggles in federal court to demand justice.

Marx and Jason have earned the highest respect from citizens and lawyers alike…. as some of the best Trial lawyers in Louisiana….. And in the nation. They are driven to fight for people who had been harmed by the willful or negligent actions of others.. They…Learned A long Time ago ….that “If a man hasn’t discovered something that he will die for… He isn’t fit to live.” Their goals….. To get Justice for their clients… Marx’s and Jason’s amazing courtroom skills and headline grabbing success rate continue to provide their clients with the results they need……And the results they deserve. 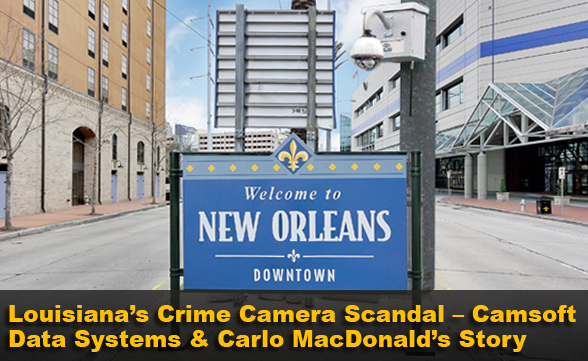