Now, the basic definition and purpose of “Healthcare Sharing Ministries” is to facilitate sharing of health care costs between individual members who have common ethical or religious beliefs in the United States.

Exempt from regulation, taxation, and the individual mandate, these health care sharing ministries are basically paying for the care of their neediest members – provided they approve of the morality of their needs.

Just to be real clear, these “Healthcare Sharing Ministry Plans” are not insurance plans. A member must be aware that they are :

Foregoing insurance and
Relying on the “charity” of others to cover their own needs. And those gifts “are not guaranteed” to be there when a member needs them the most.
Health care sharing ministries closely resemble secular insurance, but only allow participation by people who pledge to live Christian lives. Some states have tried to block health care sharing ministries on the grounds that they are selling unauthorized insurance.

These States believe that some Christians might mistakenly believe they’re paying into an insurance plan that guarantees coverage if they’re hospitalized, and these States will prosecute illegal or unethical healthcare providers.

Some states, however, have enacted safe harbor laws specifying that the ministries are not insurance and do not need to be regulated as such. California has no such safe harbor laws.

Still ministries have been criticized for the lack of regulation and the occasional misappropriation of funds such as the case in 2000 when a ministry’s officials had fraudulently spent $15 million on personal luxury items.

According to www.healthcaresharing.org , an alliance of the two largest ministries in the US, over 400,000 Americans participate in health care sharing in 2015, sharing more than $340 million in medical bills annually.

These ministries have been around for more than two decades as a creative approach to handling the growing costs of medical care. The largest players include Medi-Share, Samaritan Ministries International and Christian Healthcare Ministries. They market themselves as alternatives to health insurance, though they themselves are not insurance but nonprofits.

Medical costs are “shared,” not pooled the way they are with insurance companies. Members themselves vote on what medical procedures should be shared. BUT buyer beware…. all of these so-called “insurance alternatives”, carry an eye-catching disclaimer:

“The payment of your medical bills through these “insurance alternatives”, is not guaranteed in any fashion.” Members remain solely responsible for their own payments.

The Ministries claim that their true origins lie in the Book of Acts, the biblical account of how the first Christians “had everything in common” and “gave to anyone as he had need.”

The resemblance to apostolic Christianity is debatable: After all, Jesus’ healing ministry didn’t take pre-existing conditions into account, and the early church offered aid to nonbelievers.

The Amish, Mennonite, and Indian tribe communities also are exempt from the penalty that are incurred on Americans who fail to purchase health insurance. Since the law was passed in 2010, membership for Medi-Share and Samaritan Ministries has risen by about 40 percent.

Christian health sharing ministries are largely unregulated, except by themselves. This means members cannot go to an insurance commissioner with a complaint, rates aren’t reviewed by an independent regulator, and there is no way to ensure they are following anti-discrimination laws. That also means they are not getting the same consumer protections as others. Consumer advocates call them a real gamble.

Deacon Choi’s specific case concerns the sale of health insurance coverage by this religious ministry, : “Logos Missions and Christian Mutual Med-Aid…… that disclaims any responsibility when it improperly and unlawfully refused to pay for Deacon Choi’s mouth cancer treatment.

Then “Logos Missions” denies legitimate claims, and then uses the profits to increase its real estate holdings. When held accountable by its members, Logos Missions contends it cannot be sued because it is not in the business of insurance, and its insureds have no recourse through the courts.

When “Healthcare sharing Ministries”, like Logos, refuse to pay, they become one of those insurance “horror nightmare stories” that President Obama hammered home during the fierce debate to pass his health care overhaul.

In March 2014, an insurance broker arranged a private meeting at Deacon Choi’s small South Korean Christian church in Oakland, California. This broker held herself out as the California Northern Branch Manager for an organization called Christian Mutual Med-Aid (CMMA).

The product the insurance broker was advertising to be sold to all churchgoers was health care coverage for Christians, issued by this charitable Christian company, CMMA. The broker claimed that the congregation could avoid paying “Obamacare” penalties by purchasing health insurance from her company.

Like many of the other South Korean immigrants in his community, Deacon Choi was not fluent in English and did not have health insurance. After hearing about CMMA’s health care coverage, and believing in the trustfulness of this Christian company, CMMA, Deacon Choi signed up, and paid his first monthly premium of $425.

CMMA accepted him, though it didn’t send him a copy of the policy terms and conditions. Deacon Choi understood that he would be covered in the event he suffered from any future health problems.

Months after his enrollment in CMMA’s policy, Deacon Choi was diagnosed with mouth cancer. He sought immediate medical treatment, and underwent three rounds of chemotherapy and thirty-three rounds of radiation.

As required under his policy, Deacon Choi submitted a claim form and medical records to CMMA. To his complete shock, CMMA denied his claim, stating that his cancer was a pre-existing conclusion and thus, not eligible for coverage.

CMMA’s position is that it does not conduct the business of insurance. Since CMMA does not consider itself insurance, it is not licensed to sell insurance in the state, and it seeks to avoid other regulatory requirements and oversight to which conventional insurance companies are subject.

Much of how this organization operates, the structure of its management, its financial history, and other pertinent details remain carefully shrouded. What is clear is that its insured, Deacon Choi, made a legitimate claim for health care benefits, and his non-profit health care sharing ministry refused to help him when he needed it the most.

The ministry, Logos Missions and Christian Mutual Med-Aid, targets immigrants and sells health care policies by taking advantage of their religious faith. This “nonprofit” then denies legitimate claims, and uses profits to increase its real estate holdings. When held accountable by its policyholders, Logos Missions contends it cannot be sued because it is not in the business of insurance, and its insureds have no recourse through the courts.

CMMA claims to not engage in the business of insurance, but it has a series of guidelines for its insureds which define what types of claims will be paid, provide for deductibles, and outline yearly and lifetime benefit maximums

CMMA markets and sells throughout California its insurance, and thus should be regulated by California’s insurance laws. Much of how this organization operates, the structure of its management, its financial history, and other pertinent details remain carefully shrouded, much like the secrecy found in the dictatorship of North Korea.

What is clear is that its insured, Deacon Choi made a legitimate claim for health care benefits, and “Logos Missions’ health care sharing ministry refused to help him when he needed it the most.

Christians should be aware of the growing phenomenon of affinity fraud, through which Christians are being swindled out of exponentially growing amounts of money each year. Billions are being taken from trusting church members who con artists claim to be closely affiliated with in some way.

Throughout his career David Lilienstein has seen many innocent, hard-working people become “victimized”…All…in the name of GREED ! AND BECAUSE OF THAT…..He is driven not ONLY To get Justice for these victims of INJUSTICE….

BUT To make sure that Victims get 100% of what they were promised! And what they paid for… PLUS get it….WITHOUT HASSLE and ON TIME!

David has earned the highest respect from citizens and lawyers alike…. as one of the finest Trial lawyers in San Francisco …. In California ….. and across the nation. And he has built a substantial reputation nationwide by consistently winning cases other law firms have turned down. His amazing courtroom skills and headline grabbing success rate continue to provide his clients with the results they need……And the results they deserve. 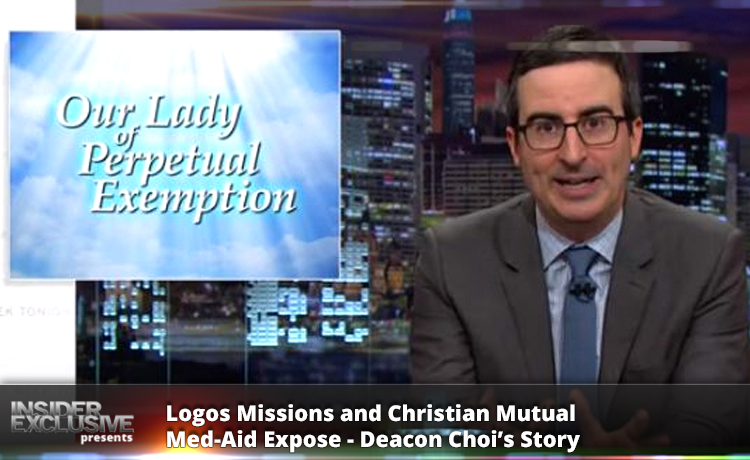 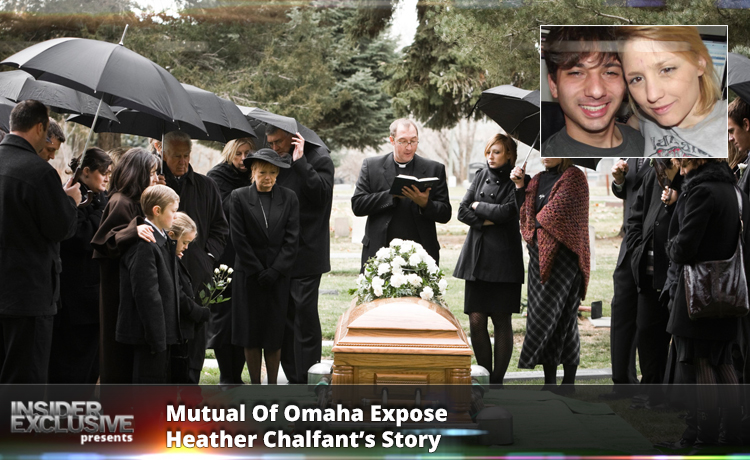 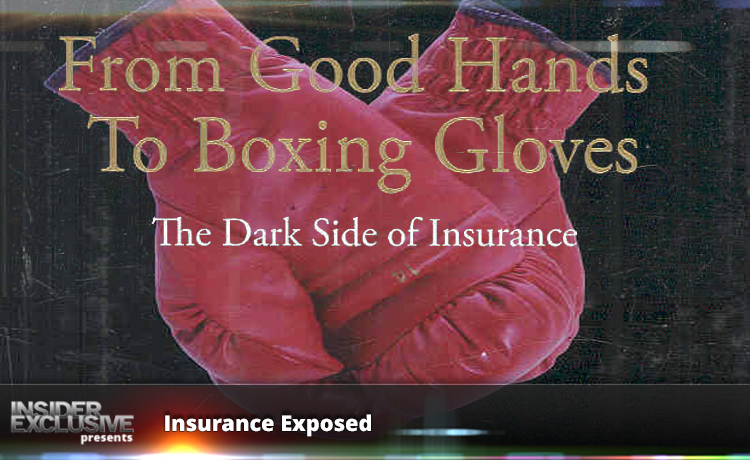