John E. Tiedt of The Law Office of Tied & Hurd is featured in an exciting, exclusive, in-depth and inside interview, discussing

Headline Legal News: Kimkins Diet Scandal. John discusses the case with co-counsel Michael Lee Cohen, a graduate of Harvard Law School and former member of the Harvard Law Review; Tom Peterson, President of the California Health Fraud Task Force; Dr. Americo A. Simonini, staff cardiologist with Cedars-Sinai Medical Center; and Heidi Martinez, an alleged victim of the KimKins diet scandal and a member of the class action lawsuit in this matter. The lawsuit alleges, among other things, that (1) Heidi Diaz, Founder of the Kimkins Diet, falsely claimed to have lost 198 pounds in one year, but in fact remains morbidly obese, (2) members’ lifetime memberships were unjustly terminated, and (3) Ms. Diaz made claims of the diet’s medical safely without justification.

John is a dedicated consumer advocate who has been credited with driving dangerous dietary supplements from the market, such as Ephedra. His recent verdicts and settlements have been praised as consumer victories and he continues to receive referrals directly from law firms around the country. He has also been frequently interviewed and consulted by the media regarding his cases. John is currently a member of the American Trial Lawyers Association, Riverside County Bar Association, and California Health Fraud Task Force. He has additionally served as counsel for the American Cancer Society.

The Law Offices of Tiedt & Hurd is located in Riverside, California, but handles cases all around the country by associating with some of the best law firms in the country in particular fields of law. The firm’s practice is focused on personal injury and business litigation. 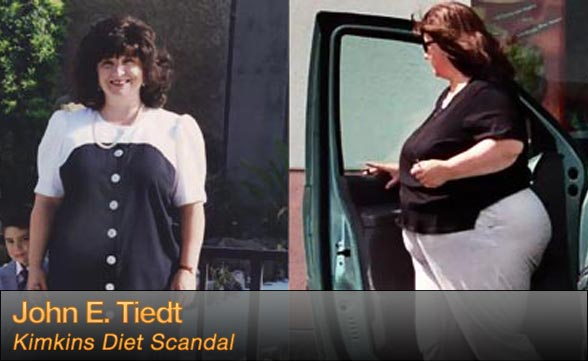