In 2013 the prestigious Journal of Patient Safety published a study that as many as 440,000 patients die each year from preventable medical errors.  That would make medical errors the third-leading cause of death in America, behind heart disease, which is the first, and cancer, which is second.

Researchers found the “bad” doctors showed “distinctive characteristics,” including having paid previous malpractice claims. So it stands to reason that health-care providers could eliminate 1/3 of medical malpractice—along with patients’ pain and suffering, as well as the added costs of corrective surgeries, long-term care and indemnity payments—by removing the worst 1% of doctors.

Because, on September 01, 2011, the government cut off public access — What was behind that decision? Apparently, one Kansas doctor with a trail of malpractice suits. Dr Robert Tenny

Tenny finally settled the Chase family’s wrongful death suit for $1,010,000. The settlement brought total malpractice payments paid on Tenny’s behalf since the early 1990s to roughly $3.7 million. federal records indicate. In some states, including California, Colorado, Georgia and New York, patients can go to medical boards’ websites to find out about doctors’ malpractice histories. But not in Kansas and Missouri.

One reason …is that doctors depend on each other for business. So, a physician who breaks the code of silence may become known as an “informer” or “snitch”, and lose referrals, a financial penalty.

Doctors also may be wary of becoming entangled in a medical malpractice case, or causing a colleague to face legal consequences. The bottom line: Too often doctors aren’t learning from errors. Nor are patients getting the information they need to receive proper treatment or compensation when the outcome is harmful.

As we take you inside today’s legal system, examining Ben’s strategies, and his client’s thoughts, and in vivid detail…. showing you the often-heartbreaking stories of cases like his client…. Randy Powell, who Ben is fighting for justice in this featured medical malpractice case against Dr Joel Kahn

These victims could be you or me one day…. And if you are so unlucky… you will quickly find out that Justice in America is a hard-won battle, where very few Insurance Companies, Doctors, Nurses and Hospitals ever…. “Do the Right Thing” …and you need experienced and passionate trial lawyers, like Benjamin Scott, Partner at Barnett, Bennett, & Scott, who wage these battles with their own financial resources to get justice for their clients. 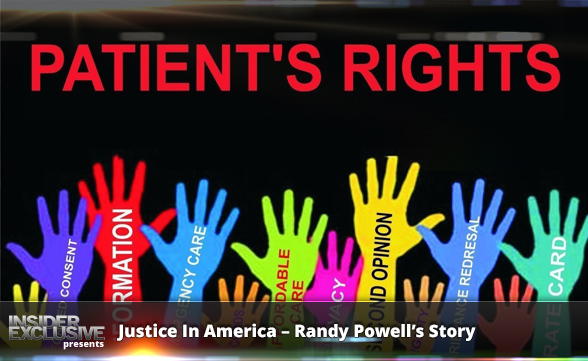