In the United States Prison officials are obligated under the Eighth Amendment to provide prisoners with adequate medical care. This principle applies regardless of whether the medical care is provided by governmental employees or by private medical staff under contract with the government. Inmates have a right to health care under the Eighth Amerndment against cruel and unusual punishment.It is not a right to the best possible health care. But it is a right to at least…… that level of health care that a civilized society would think necessary.

Tragically, many inmates have long been denied even that minimal level of medical and mental health care, with consequences that have been serious, and often fatal. Inmates are forced to wait months or years for medically necessary appointments and examinations, and many receive inadequate medical care in substandard facilities.

Seriously mentally ill inmates languish in horrific conditions without access to necessary mental health care, raising the acuity of mental illness throughout the system and increasing the risk of inmate suicide. A significant number of inmates have died as a result of the failure to provide constitutionally adequate medical care.

TODAY, The Insider Exclusive Investigative News team “Goes behind the headlines”…in “JUSTICE IN AMERICA – DELFINO GARCIA’S STORY” to examine one such death of ….“Delfino Garcia”, who was a hard working family man, and who was arrested for an “alleged offense” in small rural community, approximately 1 hour drive northeast of Dallas, called Bonham, Texas…

And while in custody at the Fannin County Jail he immediately informed the jail authorities of his urgent need to check his blood sugar and his need for medication. Delfino was an insulin dependent diabetic. The Jail Officials denied Delfino his medication repeatedly. Delfino began begging for his medication, but despite the jail’s knowledge of the consequences of him not taking his medication… his jailers refused to give it to him.

On February 2nd or 3rd, 2011….All that changed when the Fannin Jail Officials found Delfino Garcia unconscious in his jail cell and were unable to revive him. He was then transported to Texoma Medical Center where he was placed in an intensive care unit, however, at this point, the 15 days without his medication had done irreparable damage which led to his death on June 26, 2011.

Sean Modjarrad’s firm, Modjarrad & Abusaad is now representing Delfino Garcia’s wife and four children in a federal lawsuit against the county, the Sheriff , and Community Education Centers (the New Jersey private company that managed the jail). The main point of the lawsuit is that the three Defendants deliberately violated Delfino Garcia’s civil rights by withholding his medication and not allowing him to seek the necessary medication attention that would have saved his life.

In the United States’ Bill of Rights, under Section 1983 of the Eighth Amendment right, the government is required to provide adequate medical treatment for prisons. However this was obviously not provided for Delfino Garcia. Additionally, Delfino Garcia was not given his right to due process and basically given a death penalty without a fair trial ….

In this special Network TV Investigation, Sean Modjarrad will provide the Insider Exclusive News team and our viewers…. answers to important issues like:

What does “Deliberate indifference to serious medical needs” mean?
And ….What kind of “adequate” health care is covered under the Eighth Amendment?
…. Sean Modjarrad has earned the highest respect from citizens and lawyers alike…. as one of the best Civil Rights Trial lawyers in Dallas…. In Texas….. and in the nation.
He has seen many innocent & hard-working people become VICTIMS of the Law Enforcement. He understands that Law Enforcement abuses are some of the most serious, enduring, and divisive human rights violations in the United States.

The problem is not just in Dallas…BUT nationwide….AND its nature is institutionalized.

AND BECAUSE OF THAT…..He is driven to fight for people who had been harmed by the willful or negligent actions of others. His goals….. Not ONLY To get Justice for his clients…but to make sure that everyone is treated with equal respect and dignity as guaranteed under the Constitution of the United States.

He has built a substantial reputation by consistently winning cases other law firms have turned down. His amazing courtroom skills and headline grabbing success rate continue to provide their clients with the results they need……And the results they deserve. 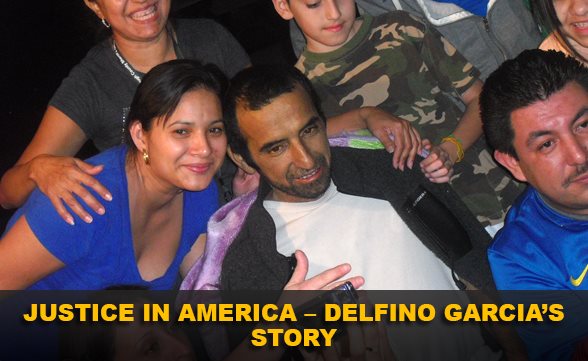