Shortly thereafter the nightly news and national magazines carried stories of widespread sexual harassment and discrimination in the military.

They may be ridiculed, face hostility or retaliation: poor work assignments, reduced hours, poor evaluations, or even the loss of a job. Still others don’t know their rights, are confused about where the lines are drawn, or simply don’t know what to do.

Today the INSIDER EXCLUSIVE “Goes Behind The Headlines” in “JUSTICE IN AMERICA – Crystal Starnes’s Story” to examine how Ed Olds, of the Olds George Law Firm successfully sued and settled a Sexual Harassment and Discrimination lawsuit, for his client, Crystal Starnes, a (former) Retired Butler County, PA, Adult Probation Officer against Thomas J. Doerr, the President Judge on the Butler County Court of Common Pleas in Pennsylvania, and the Court of Common Pleas of Butler County.

Crystal, a former, highly respected Adult Probation Officer for Butler County, Penn, challenged, at great risk to herself, the integrity and conduct of Butler County’s President judge for sexual harassment, discrimination, and retaliation and won a well-deserved settlement when she exposed the sordid details of the judge in front page news in a new wickedly compelling Machiavellian Insider Exclusive ‘Justice in America’ Network TV special. Earlier this year the state court system agreed to pay Starnes $200,000 to settle the lawsuit.

For additional information, you can contact Ms Starnes @ https://www.facebook.com/search/top/?q=crystal%20starnes 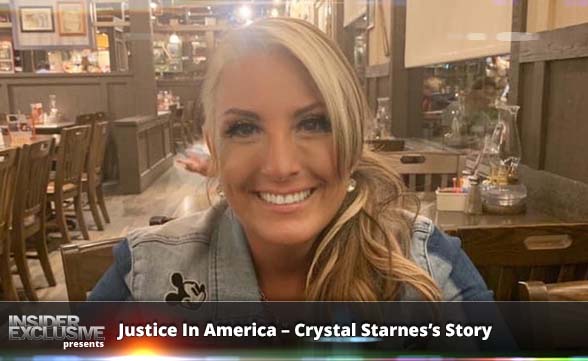