In this The Insider Exclusive Investigative Network TV Special, our News team “Goes Behind the Headlines” in Seattle, Washington …with Jay Krulewitch and Michael Kolker and Leonard Feldman to get the inside story of a landmark case won against the Seattle Police Department, in “JUSTICE IN AMERICA – Andrew Rutherford’s Story “

Despite constitutional guarantees, Americans’ civil rights and liberties are constantly in danger of violation, whether by individuals, corporations or government institutions. Regardless of whether personal prejudices or national security concerns lie at the root of these violations,….

Challenging them – and holding wrongdoers accountable – is imperative for the sake of constitutional integrity and the preservation of The American Way. Trial Lawyers advocate for awareness, the truth, and a person’s right to know. They believe that in the absence of the truth, all of us stand helpless to defend ourselves, our families, our health, and our way of life. Often times we don’t think about or worry about or understand what is happening to another…. until it happens to us.

The importance of this case validated an important public interest — for citizens to be free from unlawful detentions committed by the police as guaranteed under the Fourth Amendment of the US Constitution. That Andrew obtained only one dollar in damages does not diminish the fact he vindicated his constitutional rights. Because of this victory, Andrew was permitted to seek and obtain the reasonable attorney’s fees and costs incurred in successfully prosecuting the matter.

Congress expressly authorized every successful litigant who defends constitutional rights pursuant to 42 U.S.C. § 1983 to seek attorney’s fees and costs in order “to ensure that federal rights are adequately enforced.” “It would be difficult to imagine a statute more clearly designed ‘for the public good’ and ‘to prevent injury and wrong’ than § 1983.”

As two of Andrew’s trial attorneys, Jay Krulewitch and Michael Kolker have stated:

‘Not all victories are huge victories. But, sometimes, even the smallest victories for our clients can have lasting effects and serve to educate the powers that be that there are limitations to the exercise of their authority over others. Justice comes in all shapes and sizes.

And, nowhere is there more dramatic proof of that statement than the case of Andrew Rutherford v. Jason McKissack et al.,…. where an award of nominal damages has taught the Seattle Police Department that there are limitations as to how they can conduct investigatory stops and what kind of force they are entitled to use when detaining occupants of a vehicle pursuant to a traffic stop involving minor misdemeanor offenses.’

The importance of the case grew exponentially, significantly, after the City of Seattle appealed and lost before the Ninth Circuit Court of Appeals, and then sought review before the U.S. Supreme Court, where it was declined for review.

….”It is a sad day when the Seattle Police Department cannot stop to reflect upon the voices of citizen jurors who think that their conduct has overstepped the line or contemplate a change when an office r’s judgment is found wanting.

…It should be a marker laid down to police officers that their authority is not absolute and before deadly force is used or displayed to gain compliance with their orders they must recognize that citizens hold precious rights given to them by the Constitution that cannot be breached.”.

The problem of Police Brutality is much more widespread than most Americans are willing to admit. …….Our nation practices….. a selective blindness…In this great and strong nation, we have all become unwitting accomplices to the continuation of the conflict”.

Jay Krulewitch ,Michael Kolker and Leonard Feldman have earned the highest respect from citizens and lawyers alike…. as some of the best Trial lawyers in Seattle, In Washington….. and across the nation. They have seen many innocent & hard-working people become VICTIMS of Police Brutality.

They understand that Police brutality is one of the most serious, enduring, and divisive human rights violations in the United States. The problem is not just in Washington…BUT nationwide….AND its nature is institutionalized. Because of that, they are driven to fight for people who had been harmed by the willful or negligent actions of others..

They…Learned A long Time ago ….that “IF A MAN hasn’t discovered something that he will die for… He isn’t fit to live.” Their goals….. Not ONLY To get Justice for their clients… But To make sure ALL Americans have the right to a fair trial, honest cops, impartial prosecutors, and fair judges with NO AGENDAs…because “INJUSTICE ANYWHERE…..IS A THREAT TO JUSTICE EVERYWHERE” !!! “and Justice and power must be brought together, so that whatever is just …..may be powerful, and… whatever is powerful may be just.”….

You can contact Jay Krulewitch ,Michael Kolker and Leonard Feldman as follows: 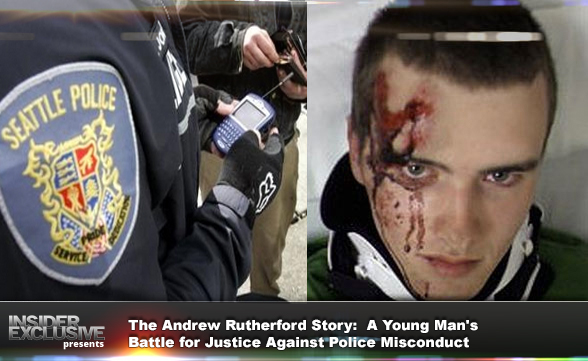