Every 2 minutes, someone is sexually violated in the United States. Rape, we’re told, is not about sex; it’s about power. That power reveals itself through force…… Force that is visibly apparent and physical.

But that same power, that same force, can also be unseen, coercive, and psychological. The story about this invisible power is the story we don’t expect to hear.

Convicted Sex Predator and Former-Pastor, Brian Williams of the Sunbury Grace Brethren Church, twice raped and sexually assaulted 15 year- old Jessica Simpkins. He admitted to his horrific crimes in this deposition. He was sentenced to two ‘Four- year’ consecutive terms in prison –

IN THIS INSIDER EXCLUSIVE, “JUSTICE IN AMERICA” NETWORK TV SPECIAL our news team visits with John Fitch, Founder of the Fitch Law Firm in Columbus, Ohio, and his client Jessica Simpkins to “Go Behind the Headlines” to see how John successfully won a $3.67 Million verdict for Jessica….. $3.5 million of which was intended to compensate her for depression, PTSD, and other “pain and suffering” that she experienced as a result of the rapes.

There was just one big problem: In Ohio, by law, non-economic damages—which compensate for things such as disability, disfigurement, and trauma—are capped in most cases at $250,000.

These caps are a central tenet of the tort reform movement, a pet cause of many Chamber of Commerce–style Republicans. They protect insurance companies bank accounts, and Republican politicians campaign funding.

The greatest trick the Devil ever pulled was convincing the world he didn’t exist. The second greatest trick may be the insurance industry’s success in getting more than half the states to implement “tort reform.”

But as more and more victims of sexual assault are taking their cases to the civil justice system, the caps are having unforeseen consequences. Basically, if you rape a child, you get the benefit of tort reform. Tort reform, makes it financially impractical for children like Jessica to hold those responsible and accountable in the Ohio legal system.”

Jessica’s case was appealed all the way up to the Ohio State Supreme Court which held that “Capping damages awarded in a civil lawsuit to a teenage victim of a sexual assault did not violate the girl’s constitutional rights.” 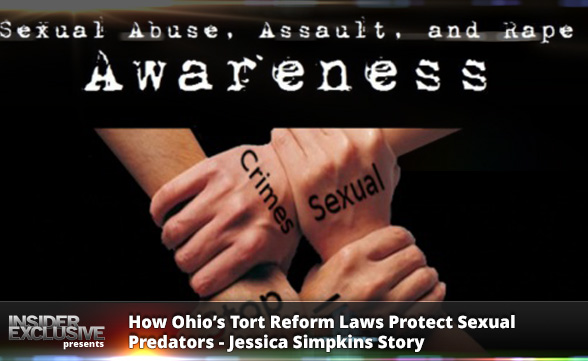 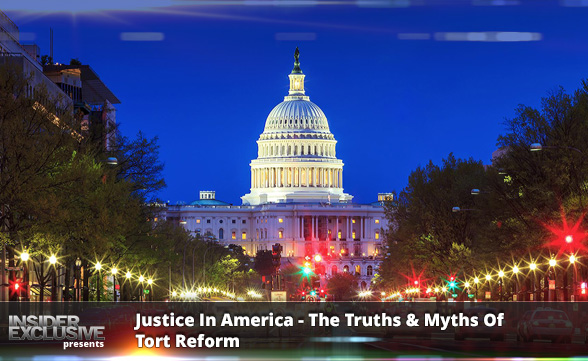