A single disgraced, convicted felon and former LAPD Police Officer Raphael Perez, once a member of (CRASH) ….the anti-gang unit, (Community Resources Against Street Hoodlums) in the LAPD’s Rampart Division in the late 1990s, accused more than 70 police officers of being corrupt.

Of those officers, enough evidence was found to bring 58 before an internal administrative board. However, only 24 were actually found to have committed any wrongdoing, with 12 given suspensions of various lengths, 7 forced into resignation or retirement, and 5 terminated.

As a result of the probe into falsified evidence and police perjury, 106 prior criminal convictions were overturned. The Rampart scandal resulted in more than 140 civil lawsuits against the city of Los Angeles, costing the city an estimated $125 million in settlements.

In fact, On November 3, 2000, after a series of lengthy negotiations…. the City of Los Angeles and the U.S. Department of Justice agreed to enter into a consent decree under which the U.S. government would oversee the operations of the L.A.P.D. for a period of five years.

In turn, the Justice Department, who had accused the L.A.P.D. of “engaging in a pattern or practice of excessive force, false arrests, and unreasonable searches and seizures in violation of the Fourth and Fourteenth Amendments to the Constitution” agreed to drop a threatened federal lawsuit.

Three of those accused LAPD Officers, Brian Liddy, Edward Ortiz, and Paul Harper were falsely implicated and maliciously prosecuted in 2000, and treated like “common criminals” by the LAPD and district attorney’s office., but were vindicated at trial.

A global settlement was then reached for $20.5 million, which was paid on June 30, 2009. This was a clear-cut case of the LAPD Police Chief, Bernard Parks, who needed to repair the image of the L.A.P.D. and ignored the lack of corroborating evidence and encouraged the LA District Attorney, Gil Garcetti, to expeditiously file criminal charges against these innocent officers.

It was a case of a Los Angeles District Attorney, Gil Garcetti who filed cases against these three officers because he said he was “hounded by the LAPD and Parks to file charges”.

Bernard Parks was willing to drag 3 decorated LAPD Officers through the mud and ruin their lives and careers…. because he needed prosecutions…. even if the LAPD didn’t have any evidence.

This is the true story how one convicted felon, Raphael Perez, and his co-conspirators in the LAPD and the LA District Attorney’s office, ruined the reputations and lives of three distinguished LAPD Officers.

This is a story how one disgraced former LAPD officer made a sweetheart deal with the devil to save his own skin.

Each wrongly accused officers testified about the adverse physical and emotional effects of the media attention and his loss of reputation. Harper developed high blood pressure and intestinal problems; he began to drink frequently and heavily and became paranoid. Ortiz experienced heartburn, back and neck pain, and anxiety attacks. Liddy gained 100 pounds, was hospitalized for chest pains, and developed high blood pressure and anxiety.

The Officers also testified as to the adverse effect the experience had on their personal and professional lives. Harper had to work lower-paying security jobs; his house was searched in front of his girlfriend and her young daughter; he was told he was put on a hit-list by a gang member shot and framed by Perez; and even after he was cleared of all charges. Ortiz was also told he was on a hit-list.

Liddy lost his career, filed for bankruptcy, and the negative publicity had significant adverse effects on his young children. This testimony is substantial evidence from which the jury could find that the harm to each officer justified an identical damage award.

In this Insider Exclusive Investigative Network TV Special, GOOD COPS GET JUSTICE -The True Story of LAPD’s Decorated Police Officers Brian Liddy, Eddie Ortiz & Paul Harper our news team meets with Joseph Avrahamy, the lawyer who represented these officers in their civil rights lawsuit, and Brian Liddy, his client and former LAPD Medal of Valor Police Officer to go behind the headlines and see how this case changed the way the LAPD operates, was responsible for replacing the LAPD Chief of Police, and gave other police officers the knowledge that the judicial system can work when their rights are violated.

Joseph has earned the highest respect from citizens and lawyers alike…. as one of the best Trial lawyers in Los Angeles, in California and across the nation. He has seen many innocent & hard-working people become VICTIMS of false accusations, false arrest, and false imprisonment. AND BECAUSE OF THAT…..He is driven to fight for people who had been harmed by the willful or negligent actions of others. He’s built a substantial reputation nationwide by consistently winning cases other law firms have turned down. And his amazing courtroom skills and headline grabbing success rate continue to provide his clients with the results they need……And the results they deserve. 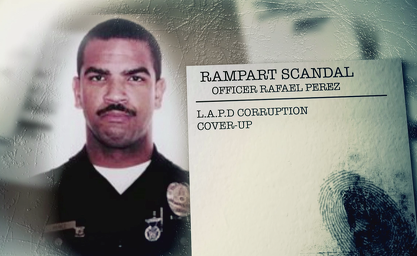