Genentech is regularly recognized as a preeminent leader in the biotechnology industry. They also have received recognition and awards for their overall performance as a company, their dynamic workplace culture, their contributions to the community and their patient advocacy.

But in this Insider Exclusive Investigative Network TV Special, our news team examines whether Genentech’s wonderfully cultivated public image of the “Best companies to work for in America” by Fortune Magazine, and other prestigious Awards, from Working Mother, Science Magazine, Computer World, and others equally applies to their employees who become sick, injured, or disabled on the job”?

Specifically, did Genentech walk its own talk when it comes to the real-life treatment of one of its own former outstanding employee managers, Rob Bennett?

In August 2010, Rob was an up and coming star in the pharmaceutical industry. And he thought that signing-on with Genentech would be the next big step in his career. Unfortunately, according to Rob, that was not to be the case. This was not due to lack of performance on Rob’s part. Rather, as Rob states in this this TV Special, he became the victim of harassment after suffering severe medical issues.

In this Insider Exclusive Investigative Network TV Special, our news team visits with Rob, his lawyers, Jason Mitchell and Aubrey Villines and Dr June Cooley, in “Genentech Expose – Rob Bennett’s Story” , as Rob tells his own story of the difficulties he encountered at Genentech, as well as the difficulties he states he encountered with one of his supervisors, Dan McCurren, as further elaborated in his lawsuit, filed April 24, 2016, ‘Bennett v. Genentech, Inc. et al’ Case #:1:16-cv-01330.

Rob’s allegations in this case could have significant social and legal implications for all employees in America, because there is an increasing tendency of Disability insurance plans to encompass so many exclusions, and to apply those exclusions so broadly, such that the policies are essentially rendered meaningless.

Employees work hard for the benefits that come along with their jobs, and when the worst happens and they become disabled, the employer should be held accountable for paying those benefits, especially companies like Genentech who have consistently been selected by Fortune Magazine as the 100 Best Companies to Work At.

Moreover, companies like Genentech who carefully craft a public image of a socially responsible organization working for the benefit of humankind should not be allowed to engage in proven bad faith dealings when it comes to their own employee benefits.

Jason Mitchell and Aubrey Villines are driven to fight for people who had been harmed by the willful or negligent actions of others. Their goals are not only to get Justice for their clients, but to ensure that employers are held responsible for the fair, just and safe treatment of all their employees. 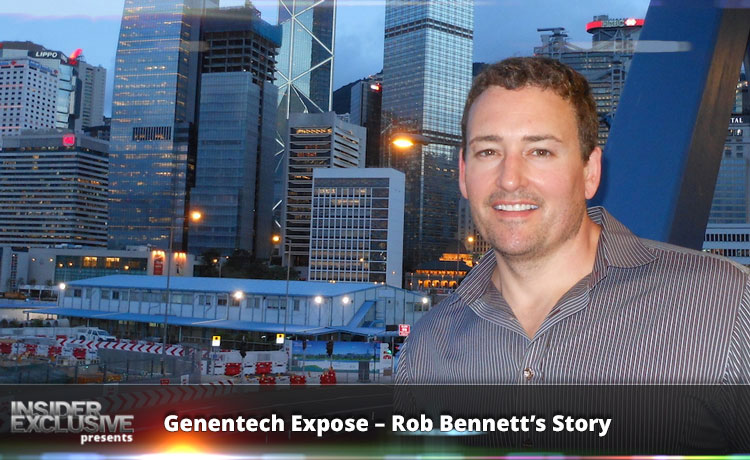