LAPD Chief William Bratton and his beautiful and accomplished wife, Court TV Anchor/ Top Criminal Defense Lawyer Rikki Klieman share center stage in this rare and unique look inside their successful careers and their successful marriage as of one of America’s best known and most respected couples.

The Chief discusses what has made him one of America’s best known and most successful police chiefs in three of America’s largest and most challenging cities, New York, Boston and now Los Angeles. As police commissioner and a police chief, he shares his successful strategies that his hand-picked team developed that are in major part responsible for a dramatic reduction in crime. Law enforcement officials around the country use his record of achievement as their textbook study of success. Chief Bratton is one of the finest, most respected, and most intelligent law enforcement officers that America has produced. He has brought fresh insights and approaches to difficult and sensitive problems in law enforcement. His strategies have not only made our cities safer, but also raised the morale of the men and women in the departments he headed. He has proven to be a highly successful crime fighter and an excellent leader in each city and his accomplishments that have improved the quality of life are a national success story.

Rikki Klieman speaks candidly about her amazing career as one of America’s most successful and well known criminal defense attorney, being a Court TV Anchor, but also her evolution to realizing how a successful professional can simultaneously have a well balanced personal life, even when married to another very high profile public figure like her husband, LAPD Chief Bill Bratton.

In 1983 she was named one of the five most outstanding women trial lawyers in the country by Time magazine. She is often the subject of magazine and newspaper articles and she was profiled by CNN. She has been featured on television shows including Today, Good Morning America, Miller’s Court and the evening news. She has been interviewed on numerous radio and television programs on various aspects of criminal and civil law and procedure including, among others, 60 Minutes, The McLaughlin Group, 20/20 and a Nightline Special Report on rape hosted by Peter Jennings.

Ms. Klieman served on the Advisory Committee to the U.S. Supreme Court on the Federal Rules of Criminal Procedure, the Board of Directors of the National Association of Criminal Defense Lawyers and the Board of Visitors for Boston University School of Law. She was a member of the American Bar Association’s National Conference of Lawyers and Representatives of the Media. She currently serves on the Council of 100 – a mentoring organization of outstanding alumnae for the benefit of collegiate women – at Northwestern University. Rikki is an accomplished actor in Television Entertainment with frequent appearances on NBC’s Las Vegas; ABC’s NYPD Blue; CBS’s Dr Vegas; ABC’s The DA, Court TV, and many more.

Respecting each Other’s Identity and Uniqueness; Practicing Effective Communication; Maintaining a Proper Balance between Work and your personal life; Continually Showing Respect and Love for one another; Intellectual stimulation; Emotional trust; and most importantly the ever constant emotional support to encourage each other’s personal development, career achievements, and continued growth as a team, a real couple, and as best friends. 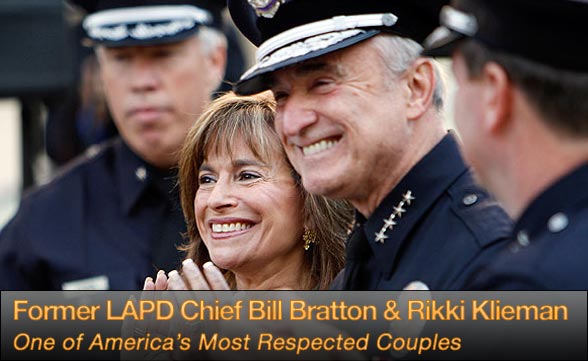