It was not long ago that fathers had virtually no rights at all. In the event of a custody battle, a father could expect to see little or nothing of his own children. Mothers were almost always granted full custody of children in legal proceedings, and even basic visitation was generally the mother’s place to decide.

Historically, unmarried fathers have had fewer rights with regard to their children than either unwed mothers or married parents. Over the past several decades, unmarried fathers have challenged the termination of their parental rights under the Fourteenth Amendment in cases in which birth mothers relinquished their children for adoption. In a series of cases involving unmarried fathers, the U.S. Supreme Court affirmed the constitutional protection of such a father’s parental rights when he has established a substantial relationship with his child.

The court found that the existence of a biological link between a child and an unmarried father gives the father the opportunity to establish a substantial relationship, which it defined as the father’s commitment to the responsibilities of parenthood, as demonstrated by being involved or attempting to be involved in the child’s upbringing.

And the times are changing for fathers. While many fathers today already know that they do indeed have rights…. most do not know enough about fathers’ rights to ensure that they are not on the losing end of the stick. These days, there are options in custodial arrangements which did not exist only a few years ago.

Fathers’ rights have extended to the point that the court system is in agreement. The idea is for fathers to have as much right to their children as the mothers have to them. Fathers’ rights no longer mean fathers settling for little or nothing when it comes to their own children. You do not need to be in the position of your access to your own youngsters being limited to their mother’s wishes. Today’s interpretation of fathers’ rights mean…. you can be a part of your children’s lives. The basic concept of fathers’ rights is that parenthood and parenting should not be determined solely on the basis of gender. Even when a divorce takes place, it should not limit a father’s presence or involvement in his children’s lives.

If you are a parent, you already know why this is so important. No matter what age your child may be, you have been a part of his life thus far. A father’s everyday presence and involvement has not only been important to the Dad, but important to their children as well. Your child has come to love and depend on you; and this should not change due to the dissolution of a relationship with the biological mother. As fathers’ rights today are moving more on a fathers’ side, Dads can continue to meet their youngster’s needs as well as their own.

In this INSIDER EXCLUSIVE TV Special we “Go Behind The Headlines” in “FATHERS RIGHTS – What you need to know “….. to investigate how Terri Miles, partner @ Terri Miles Family Law won a landmark Louisiana Supreme Court case on behalf of her client, Alex, in a case that concerned the opposition of a biological father to the private adoption of his newborn child.

The Louisiana Supreme Court’s concurring decision expressed concerns about the constitutionality of the Louisiana Children’s Code, Article 1138 in that it denies equal protection to a Father by demanding proof of fitness by an unwed father and not from the unwed mother as well.

Terri will discuss some of the most Frequently Asked Questions regarding Fathers Rights such as:\

• When Does An Unmarried Father Acquire Parental Rights?

• Can The State Terminate A Parent’s Rights Over Their Children?

• How Is Child Support Ordered And What Exactly Is It?

• Does Every State Follow The Same Formula In Calculating Child Support?

• What Factors Are Used To Calculate Child Support Payments? Can The Amount Of The Payment Change Over Time?

• Can A Child Support Order Be Changed Or Modified?

• How Does The Court Decide Who Gets The Children?

• What Happens To Custody When One Parent Needs To Relocate?

• What Is Paternity?
Terri Miles has earned the highest respect from citizens and lawyers alike…. as one of the best Family Trial lawyers in New Orleans…. In Louisiana….. and in the nation. She understands that some of our laws have viewed fathers as second class citizens with fewer rights than a mother of a child, frequently referred to as “maternal preference.” And because of that…..She is driven to fight for equal rights for all people, especially ones who have difficult family law issues. Terri has built a substantial reputation by consistently winning cases other law firms have turned down. Her amazing courtroom skills and headline grabbing success rate continue to provide her clients with the results they need……And the results they deserve. 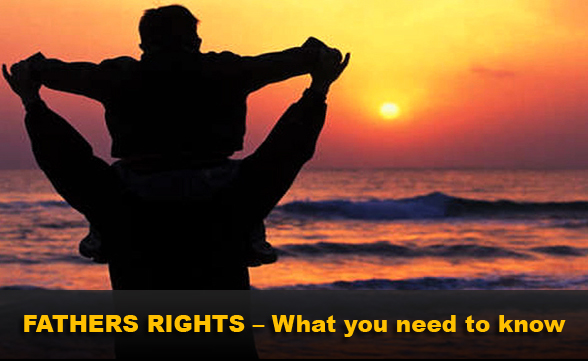 Fathers Rights – What You Need To Know