In a perfect world insurance companies would always do the right thing. Yet in reality the industry harbors…. Some dirty little secrets. “People are giving them money for something they will never receive”. “What that really means is they’re selling uncollectible insurance.”

Insurance Companies RULE our country. They control our banking…. Look at AIG! TOO BIG TO FAIL! They own WALL STREET. They catch a virus…. and Wall Street has Diarrhea for a week! And when Interest rates fall and their investment earnings plummet…..then they run to Congress and SCREAM “TORT REFORM”. “Lawsuits are killing us…they scream…And those Greedy trial lawyers are to blame….. by filing frivolous lawsuits and convincing ignorant juries to dole out obscene verdicts…

BUT Ironically….. WHAT YOU DON’T KNOW…. Until now is… that Insurance companies regularly and deliberately invite lawsuits whenever the costs and hassles for a third party claimant look to exceed all potential for recovery. Rather than just doing the right thing, …..Too many insurers prefer to play a game of litigation chicken….. …A frivolous lawsuit strategy in reverse…. Don’t like it? …Sue me. Today The Insider Exclusive “Goes Behind the Headlines” with Terrence Coleman, Partner at Pillsbury Levinson & Coleman LLC to explain for the first time ever on National TV, “ERISA Exposed – What You Need to Know” and how nearly All Employee Benefit plans, funds or programs that are organized to provide insurance, retirement, training and other benefits will be covered by ERISA. Nearly all types of retirement plans you have access to through work are covered by ERISA

The Employee Retirement Security Act – ERISA for short, was passed by Congress in 1974 as an attempt to address widespread abuses in pension and retirement programs. In sum, workers were being promised lucrative retirement plans instead of salary increases, but when it came time to retire, the retirement plans suddenly disappeared. The act was hailed by its Senate sponsor and driving force as “the greatest development in the life of the American worker since Social Security.”

It has instead become the genesis of massive injustice and bizarre judicial doctrines. It authorizes insurance companies to deny health, disability and life insurance claims whenever they can find any possible basis to justify the denial. The language of ERISA is applied, to all private sector employee benefit programs, including life, health and disability insurance.

To make matters worse, the remedies under ERISA just to obtain one’s own insurance benefits are severely restricted. In Fact….The American Association of Justice named these the…. 10 Worst Insurance companies in America”

No right to jury trial.
In order to obtain benefits, the insured must prove that the insurance company’s conduct was arbitrary and capricious
Even if the insured wins the lawsuit, he/she may still not get benefits.
The court may simply send it back to the insurance company to re-evaluate — i.e. to find some other basis to deny the claim.
There are no compensatory damages or punitive damages for wrongful conduct – no matter how egregious.
In most cases, no right to submit any evidence except what is contained in the insurance company’s file.
In most cases, no right of the insured to testify.
If one were to attempt to try to enforce these regulations, the insurance companies themselves cannot be sued.
The insured would have to sue their own employer instead. But the employer has nothing to do with these regulations.
And the nightmare of rules and regulations protecting the insurance companies and screwing the “little guy” go on and on…. But perseverance and persistence can and sometimes win the day, and in this Special Insider Exclusive we show how Terrence was finally able to get justice for Brent Oster, who was severely injured in an auto accident and suffered severe head, back, and neck injuries, and was unable to continue work as an Engineering Technical Director for Lucas Arts.

In 2004 he applied for disability benefits under an insurance policy issued by Standard Insurance Company he obtained through his job…and although clearly met the criteria for eligibility was denied. After 6 long challenging years Terrence was able to get the benefits that he needed to compensate for his loss of income.

Throughout his career, Terrence have seen many innocent, hard-working people become “victimized” by their OWN INSURANCE COMPANIES… in the name of GREED !

And because of that …..He is driven not only To get Justice for these victims of INJUSTICE….

BUT To make sure that ALL POLICYHOLDERS Get 100% what their Insurance Companies Promised!

Terrence has earned the highest respect from citizens and lawyers alike…. as one of the best Trial lawyers in San Francisco …. In California ….. and across the nation. He has built a substantial reputation nationwide by consistently winning cases other law firms have turned down. 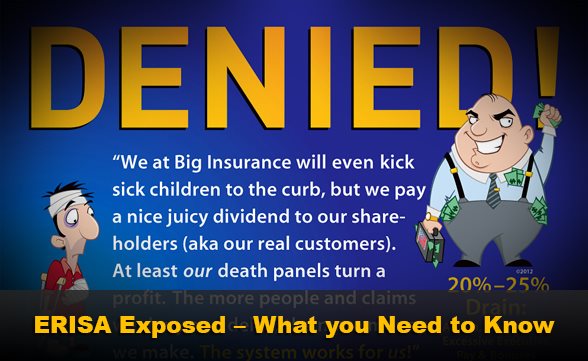 ERISA Exposed – What You Need To Know 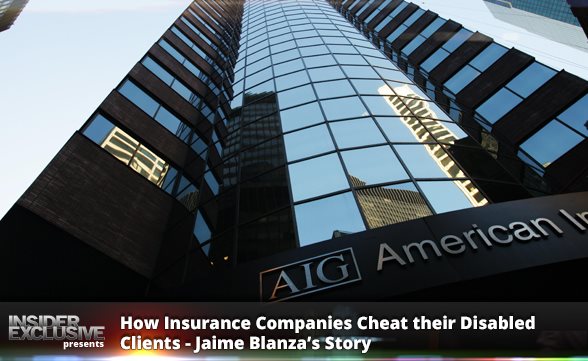