Prosecutors… And Cops…. are Sworn to Protect and Uphold the Law” …… Follow the Rules…. When they don’t…… When they lie, hide and destroy evidence, and basically “don’t follow the rules”.

after it was disclosed that he was using NY State campaign funds to live a secret sex-perverted prostitute filled life, as the “Luv Gov”

Spitzer made Dr Morse a poster boy for Medicaid fraud in his political campaign for NY Governor in 2006. His office’s illegal and unethical attempt to look strong on prosecuting Dr Morse collapsed, when Spitzer’s key deputy John Fusto, of the state’s Medicaid fraud unit, confessed that Dr Morse’s so-called billing records were lies and had been fabricated.

Dr Morse was found not guilty of all charges.

Although the goal of every justice system is to provide fair and impartial judgements…. more often than not… it doesn’t work out that way. Either because of concealed evidence, people being framed, or corrupt law enforcement

Prosecutors are the most powerful players in the American criminal justice system. Their decisions — like whom to charge with a crime, and what sentence to seek — have profound consequences. So why is it so hard to keep them from breaking the law or violating the Constitution?

This maddening situation has long resisted a solution. What would make good sense is to have the federal government step in to monitor some of the worst actors, increasing the chance of catching misconduct before it ruins peoples’ lives. As Eliot Spitzer’s office tried to do to Dr Leonard Morse ……

They successfully represented Dr Leonard Morse, in a civil rights lawsuit filed against former Attorney General Eliot Spitzer, as well as the prosecutor and chief auditor in the N.Y. State Attorney General’s Office and won a $7.7 Million dollar verdict.

In this cautionary tale for Medicaid providers, Dr. Morse describes the political witch hunt that targeted him, the illegal and corrupt methods used by the state’s attorneys to frame him, and his long struggle to finally vindicate himself.

For additional information, you can contact Jon Norinsberg and John Meehan @ https://www.norinsberglaw.com/ and 212-JUSTICE or 212 587 8423 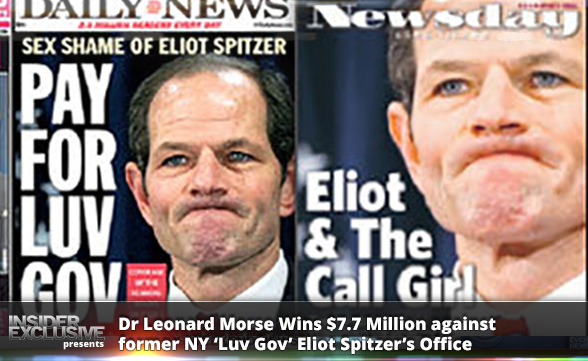