Today, the Insider Exclusive Investigative News Team visits with the Jordans…. Byron, his wife Helen, and their son Byron Jr and their lawyer…. Yaida O. Ford, Managing Principal of THE FORD LAW FIRM…. …….in this Insider Exclusive Investigative Network TV Special, “Double-Victimization.” – The Jordan Family Story” and you will see what happens to everyday law abiding citizens…

Despite constitutional guarantees, Americans’ civil rights and liberties are constantly in danger of violation, whether by individuals, corporations or government institutions. Regardless of whether personal prejudices or national security concerns lie at the root of these violations…..

Challenging them – and holding wrongdoers accountable – is imperative for the sake of constitutional integrity and the preservation of The American Way. Trial Lawyers advocate for awareness, the truth, and a person’s right to know.

They believe that in the absence of the truth, all of us stand helpless to defend ourselves, our families, our health, and our way of life. Often times we don’t think about or worry about or understand what is happening to another…. until it happens to us.

Deceits have no boundaries. Disease doesn’t recognize the color of our skin or our political party’s affiliation.

When it comes to cover-ups and false allegations by Agencies of the State and the Federal Government, there is not a soul amongst us who does not have a cringing fear of their Overwhelming Awesome power.

It is at these times that we need experienced and dedicated Trial Lawyers….the Warriors in the Courtroom … who are willing to battle for us “tooth and nail” in the Halls of Justice…. To protect our cherished way of life” .

Such a “Call for Justice” happened on a beautiful Washington DC morning when Byron Jordan, his wife Helen, and their teenage son, Byron Jr. were on their way to their local church’s community outreach event, and briefly stopped at the Iverson Mall.

Suddenly and without warning…. they were attacked by armed thugs, inside the mall. The Mall security rushed to the scene and the thugs fled. Rather than properly investigating the assault, the Mall Security officers ordered Byron and his family to leave the mall.

Outside the mall, these same thugs attacked the Jordans again. This time with deadly knives trying to stab them. Byron grabbed a baseball bat from inside his car and successfully defended his family. When the Prince George Police arrived with sirens blaring…..they mistook Byron as the attacker and severely beat him…. tasered him multiple times… and sprayed his face with pepper spray… despite the fact that he was telling officers over and over again, he and his family were the victims, NOT the perpetrators.

The cops arrested both he and his son, but they were later released when the police realized they had made a huge mistake. Unfortunately the Jordan family must now live with the trauma for the rest of their lives. One year later, Byron still suffers from migraines, back pain, loss of hearing (from being beaten on the side of head), deteriorated vision, depression, vertigo and possibly PTSD.

Yaida explains two very negative legal scenarios that play out in our criminal justice system everyday… but very few victims know about…… “Double-Victimization,” ….and the “Obliteration of Civil Rights”

“Double-Victimization” is what happens to a person who calls on the authorities for help after being victimized….. and then is victimized by the very legal system they called upon for rescue and justice.

The “Obliteration of Civil Rights” for police brutality victims…… focuses on the uphill battle individuals must take, when bringing a civil law suit against a municipality, the police or the government. Since the 1980s, prosecutors who defend municipalities and officers in civil rights and police abuse cases have regularly tried to use slick legal maneuvering to……. make it more difficult to get justice and hold officers and municipalities accountable for their brutality and illegal actions. They did this by filing motions to “bifurcate” or “divide” the trials between the officers and the municipality.

In the 1980s their motions were denied. But since the 90s, after both Reagan and Bush filled more than half of the Federal Court vacancies with conservative appointees, judges have been granting Prosecutors motions regularly.

The negative effect of this slick legal maneuvering…. to bifurcate the cases….. is that after the first trial against the officers…. plaintiffs have to go through a second trial against the municipality. Because of the tremendous financial and emotional toll…. Plaintiffs rarely proceed to a second trial…… making it impossible to hold municipalities liable for their indifference to unconstitutional practices that, in this case, harmed law-abiding citizens.

As Yaida has often said….. “the problem of Police Brutality is much more widespread than most Americans are willing to admit. …….Our nation practices….. a selective blindness…In this great and strong nation, we have all become unwitting accomplices to the continuation of the conflict”.

Yaida has earned the highest respect from citizens and lawyers alike…. as one of the best Trial lawyers in in Washington DC….. and across the nation. She has seen many innocent & hard-working people become VICTIMS of Police Brutality. She understands that Police brutality is one of the most serious, enduring, and divisive human rights violations in the United States. The problem is not just in Washington…BUT nationwide….AND its nature is institutionalized. AND BECAUSE OF THAT…..She is driven to fight for people who had been harmed by the willful or negligent actions of others.

Her goals….. Not ONLY To get Justice for her clients… BUT To make sure ALL Americans have the right to a fair trial, honest cops, impartial prosecutors, and fair judges with NO AGENDAs…Because “INJUSTICE ANYWHERE…..IS A THREAT TO JUSTICE EVERYWHERE” !!! “and Justice and power must be brought together, so that whatever is just …..may be powerful, and… whatever is powerful may be just.”…. 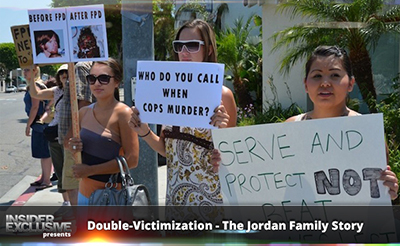 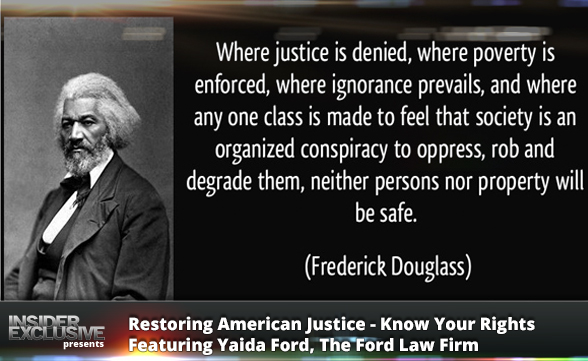