From Jan. 1975 through May 31, 2009, there has been a total of 213,814 crossing accidents which were reported by the railroads to the National Response Center

Closer examination reveals that OVER 20,000 people were killed in these accidents and another 79,469 were injured.

It is estimated that cars and trains collide every 12 minutes with a total of 9,570 train incidents/accidents in 2009.

A train traveling at 50 mph… pulling 100 cars… takes one mile to stop, so in a contest between a car and a train, the train always wins.

f these crossings, approximately 42,301 have gates, 22,039 have flashing lights, and 1,196 have highway traffic signals, wigwags, and bells.

Many of them are overgrown with weeds, trees and types of vegetation …

And/ or Have broken Signals or Gates …That the Railroad has Failed to Repair…..that make these crossings So VERY DANGEROUS…

The car, a Chevy Cavalier, was torn….And parts of it shredded, into tiny little pieces.

The vehicle and the four young people it carried were scattered hundreds of feet from the point of impact
Burlington Northern’s immediate response as to the cause of this tragedy….. was to “Point the finger” at the driver who they say ignored a warning signal and tried to beat the crossing gate….

But a jury…. Absolutely…. And Positively.,.. disagreed with them

This is an Unbelievable story of Disgrace and Shame…. where a major Fortune 500 company….as Bob Pottroff and his legal name showed in court, that Burlington Northern Santa Fe Railway Company….
that didn’t give a DAMN about the law… Thought it was “Above the Law”…

It’s a story where there was such a “staggering” pattern of misconduct aimed at covering up Burlington Northern’s role in the deaths of these four people, as the trial judge stated…that it will “Totally shock” you

Burlington Northern, as the trial judge implied, knew no bounds in…. “breaking the law” ….and thumbing their noses at the United States Judicial system …
AND THEY PLAYED DIRTY…REAL DIRTY ….

Some of the “Unbelievable and Illegal” Tactics they Pulled will surprise even the most hardened Criminals.

• Burlington Northern refused to produce the locomotive for an inspection by the state reconstruction team.

• They withheld Data from locomotive event recorders from the police…

• ….. As well as from the event recorders in the crossing…

• They attacked Bob Pottroff and his team of lawyers in an attempt to prevent disclosure of the truth about the accident.

• And Get this…..Burlington’s own locomotive event recorder data completely discredited their engineer’s story.

• They Covered-up work records that showed maintenance problems, by filtering the relevant information out of the records produced.

• They falsified a “phony document” of the purported data from the signal system that allegedly proved the lights and gates were working properly at the time of the accident.

• They destroyed the computer that was used to download the signal system data.

• They lied to the Court about the non-existence of any electronic files from which the paper copy of the purported data was printed.

• They lied to the Court about electronic files discovered at the Court ordered inspection.

• They perjured themselves about the existence of electronic files stored on the railroad’s mainframe computer.

• Bob uncovered that their ” railroad educational program” as a sham.

• Bob and his lawyers also unraveled an elaborate scheme by the railroad to wrongfully target one of the kids as the driver so that it could launch a character assassination…. point to his poor driving record, blame him for the accident, and deny his child any recovery.

• They “pretended to settle” the case with the four Victim’s families and then “refused” to pay” after the settlement….claiming that New Witnesses had been found helping to help their case!

• Only problem was…., as Bob Pottroff and his legal team claimed, ‘The Burlington’s new witnesses had been Bribed by the company!!!….That’s Right…’

• They payed them $5000. and $10,000 each and provided them with their version of the facts needed to help the railroad.

• The jury didn’t want to hear any more of this egregious and unethical conduct…and awarded a Damage Verdict of $24 Million dollars!

• But….The biggest, most glaring illegal tactic that Burlington Northern engaged in ….. was the missing electronic evidence.

• Railway crossing gates and lights are controlled and recorded by a box—the equivalent of a black box in an airplane.

• Burlington refused to give a copy of the electronic downloads to the police at the time of the investigation.”

And The Court after finding the railroad guilty of destroying and fabricating evidence to support its case ordered sanctions, fees and costs of $4,500,000 for railroads “staggering” pattern of misconduct.

Bob Pottroff, and his team of lawyers have earned the highest respect from citizens and lawyers alike…. as some of the best Train Accident lawyers in the nation…. fighting for the victims of railroad companies in the battle for railroad safety.

AND BECAUSE OF THAT…..They are driven to fight for people who had been harmed by the willful or negligent actions of others.

Their goals….. Not ONLY To get Justice for his clients…

BUT To make sure that all Railroad companies implement the maximum safety protections that all Americans need and deserve…. 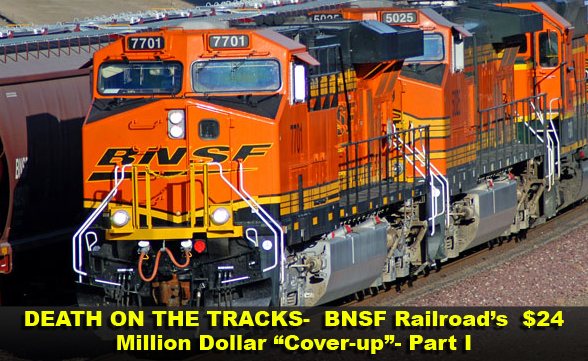 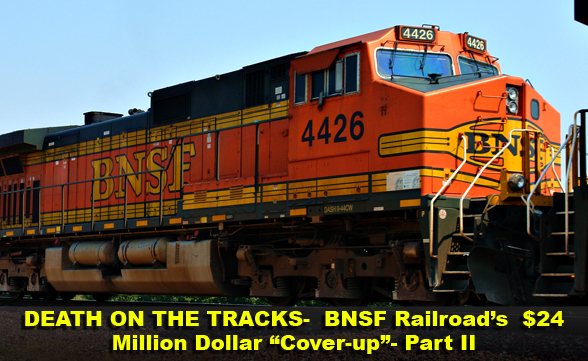 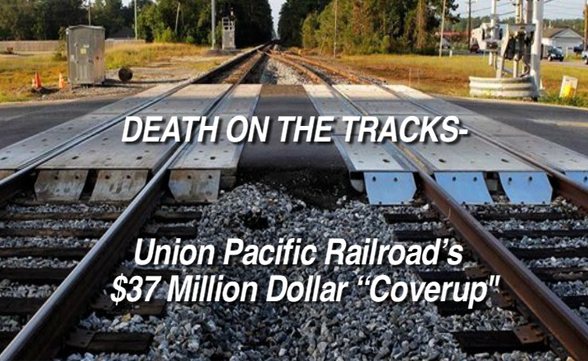 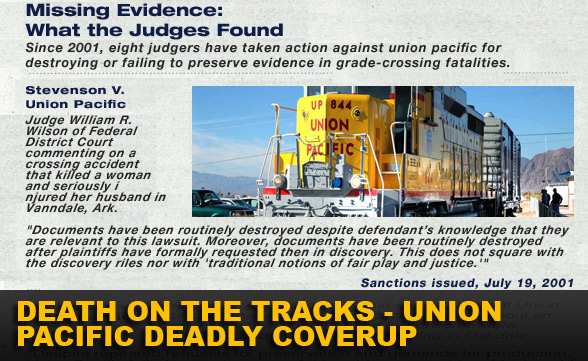