Daniel is a frequent national commentator on trials and other legal issues, as well as a featured speaker on legal issues at business groups, bar and judges associations, and citizens groups.

Dan first gained national media exposure in 1997 when he represented Fred Goldman, the father of murder victim Ron Goldman, in a wrongful death civil suit against O.J. Simpson. Petrocelli successfully argued the case, in spite of Simpson’s 1995 acquittal in the related 1994 criminal murder case, and a jury awarded the Goldman family $33 million dollars in damages. His book about the case, Triumph of Justice: The Final Judgment on the Simpson Saga (1998), written with co-author Peter Knobler, became a national bestseller.[1]

Dan also served as an attorney for Don Henley and Glen Frey in the lawsuit filed against them by former Eagles band member Don Felder.

In 2001, Dan took on the legendary Bert Fields in a battle royale in Los Angeles Superior Court in the celebrated case of Stephen Slesinger Inc. v Walt Disney Studios, which remains active and is the longest-running case in that court’s history (it was filed in 1991). Dan’s artful maneuverings won a dismissal of the case after Fields had won a $200 million preliminary judgment but was forced to recuse himself. The case concerns the merchandising royalties paid by Disney to the heirs of Stephen Slesinger, a branding pioneer who obtained merchandising rights from Pooh author A.A. Milne in 1929. The clash between the two famous attorneys was covered in depth by Joe Shea of The American Reporter, an online daily newspaper that now offers an [archive] of 28 articles about the case with an extensive discussion of Dan’s role.

Dan’s next high-profile client was former Enron Chief Executive Officer Jeffrey Skilling, whom Dan has represented since 2004, who was tried on charges of fraud and insider trading in 2006. Even though he had never handled a criminal case before, Dan became Skilling’s lead defense counsel. Despite his vigorous defense, for which Skilling still owes a reported $30,000,000.00, a jury found Skilling guilty of nineteen out of the twenty-eight counts against him, including one count of conspiracy, one count of insider trading (although he was acquitted of the other nine counts of this particular charge), five counts of making false statements to auditors, and twelve counts of securities fraud. For these crimes, Skilling was sentenced to serve over twenty-four years in federal prison. 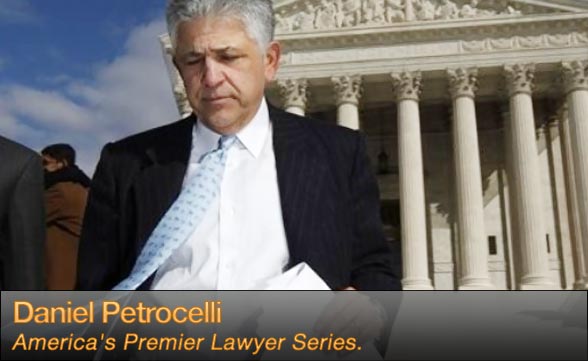