Welcome Home…Man…The words and smile Veterans have always wanted to hear as far back in time to Odysseus.

Odysseus, literature’s most famous veteran did not recognize his own fatherland and his sense of dislocation has been shared by veterans returning from the field of war since Homer conjured Odysseus’ inauspicious return some 2,800 years ago.

The ”Odyssey” is built around one warrior, Odysseus. But the hubris and inflexibility of the warrior fail to ward off the capriciousness of fate, the deadly indifference of nature; he also has trouble coping with the conventions of civilized life.

It is his hero’s heart that he must learn to curb before he can return to the domestic life he left 20 years earlier. The very qualities that served him in battle defeat him in peace.

Who is the veteran, and how does he stand in relation to his native land and people?

That’s the great theme of “The Odyssey” — the return of the war veteran to his home. It’s the only surviving….and undoubtedly the greatest, epic example of what was evidently a popular theme in ancient times, and still a relevant theme with today’s veterans.

But it is “The Odyssey” that most directly probes the theme of the war veteran’s return. Threaded through this fairytale saga, amid its historic touchstones, are remarkable scenes addressing aspects of the war veteran’s experience that are disconcertingly familiar to our own age.

In a war, as in a firefight, Warriors are both victim and perpetrator at the same time….And… At its heart…. a trauma…. and especially a war trauma, leaves a wound to the human spirit.

The commemoration of the veteran — the survivor who did not fall on the field of war — is less starkly defined. The returned soldier, it is hoped, will grow old and die among us.

In our own times, the generation born in the optimistic aftermath of World War II has already encountered veterans of both world wars, the Korean War, the Vietnam War, the Persian Gulf war and our wars in Afghanistan and Iraq

As the earlier of those wars recede into the past, their old soldiers fade away; and thus, commemorative rites for the veteran — by definition, the survivor — also tend to end, perversely, at graves.

Today, veterans’ tales are more likely to be safeguarded in books and replicated in movies than self-narrated to a respectful throng. Detailed knowledge of the experience in which a veteran’s memories were forged is thus made common. To learn these stories is both civilian duty and commemoration. Death on the field and the voyage home — both are epic.

Ed and Kate have developed a 21st century approach, incorporating the lessons of Veterans since Odysseus, to transitioning Veterans reentering the world they left behind.

War and PTSD are on the public’s mind as news stories regularly describe insurgency attacks in Iraq and Afghanistan, and paint grim portraits of the lives of returning soldiers afflicted with PTSD.

These vets have recurrent nightmares and problems with intimacy, can’t sustain jobs or relationships, and won’t leave home, imagining “the enemy” is everywhere.

Dr. Ed Tick has spent decades developing healing techniques so effective that clinicians, clergy, spiritual leaders, and veterans’ organizations all over the country are studying them.

Soldier’s Heart, which takes its name from the Civil War era term for what we now call PTSD, provides a comprehensive model to address the emotional, moral, and spiritual wounds of military, their families, and society.

Taking a non-medical approach, it offers genuine healing and homecoming by developing a new and honorable warrior identity supported by community.

The Soldier’s Heart Model is based on Dr. Ed Tick’s book “War and the Soul”. The book explores ancient as well as cross-cultural warrior traditions that reveal the necessities for successful warrior return.

Soldier’s Heart creates meaningful contemporary versions of these traditions, and promotes and guides community, professional, and military efforts to utilize them for healing the inevitable impact of war.

Ed and Kate have earned the highest respect from citizens and veterans alike…. as some of the best Mental Health Experts and Counselors for Veterans in New York ….. And across the nation.

They understand that War and military service can seriously wound and distort our thinking, feeling, perceiving, our aesthetics, intimacy and sexuality, our will and concentration, and our participation in society.

War can wound every function ever attributed to the soul. Many veterans are anguished over what they have seen or done, what has been done to them, abroad and at home, and the many losses they have endured. They call this moral trauma and soul wounding. And they know that in any healthy society, there is a proper reciprocal relationship between warriors and civilians.

During threat, warriors encircle and protect the rest of us. When they return, it is our responsibility to encircle and protect and tend them. PTSD is a social disorder of any society that makes its veterans serve in dehumanizing conditions, then denies and marginalizes them, their stories, experiences, and suffering upon return.

Soldier’s Heart applies this philosophy to restore right relationships between military, veterans, and society, and create communities that tend the soul wounds of war. 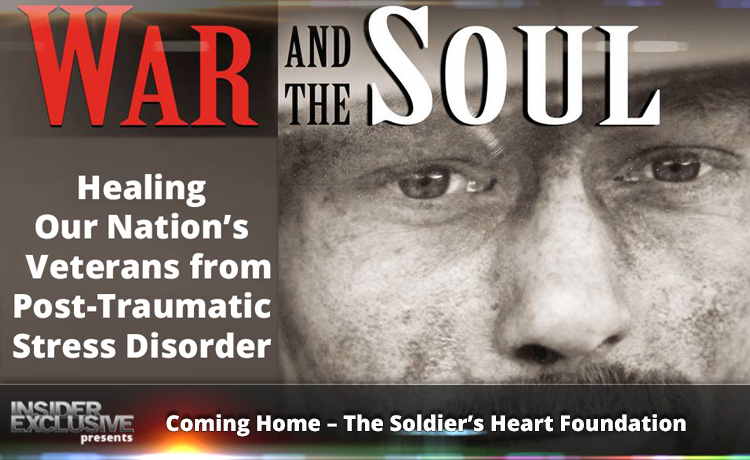 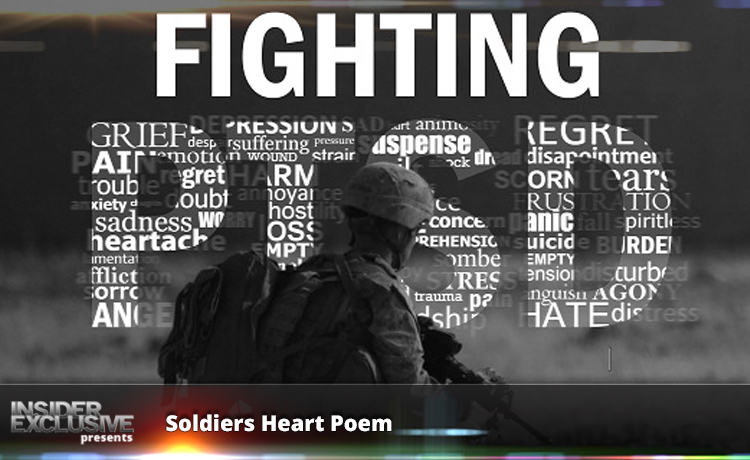