Amazing as it may seem, John Grisham’s “The Rainmaker” comes alive in this real life case against Insurance industry giant, “Anthem Blue Cross”.

They first approved life-saving Cancer treatments …(previously approved for other policy holders) … then completely switched gears…reclassifying these same “approved” treatments as “experimental”…resulting in the death of 49 year old Esther Dardinger.

Like many insurance company’s Public Relations TV Commercial campaigns that saturate the TV airwaves 24 hours a day….7 days a week…365 days per year….on Christmas…on your birthday, Thanksgiving…and on every imaginable holiday….Anthem Blue Cross tells their policy holders that they care…really care …or otherwise…. as they say….

Direct Quote: “…If we didn’t care about people….we couldn’t do our jobs…”

And Bob Dardinger, widower of Esther Dardinger is a living witness to that.

49 year old Esther Dardinger beat breast cancer until it metastasized to her brain.

Bob & Esther first learned that the 4th treatment was being denied……… the day before it was given.

The insurance company had approved the first three of 12 treatments, but then refused further payment declaring the procedure…. “experimental.”

Despite the fact that Ester Dardinger was responding favorably to treatment …..and that the same treatment had been approved for other patients.

Her Blue Cross reviewer had never heard of intra-arterial chemotherapy, which had been done for over twenty years!

Her MRIs proved the treatment was working.

Anthem Blue Cross continued to deny the claim during a protracted appeals process.

While the appeal was pending, Esther Dardinger’s health took a drastic turn for the worse….and she died on Nov. 6, 1997 of a metastatic brain tumor…

Ester was only 49 years old.

The final denial letter arrived… the day after her funeral.

Esther treatment would have allowed to live longer with quality.

She wanted to see her youngest graduate from high school…. and hopefully grandchildren from her other kids.

Anthem Blue Cross fought tooth and nail to defend its contract and its decision…even though they knew they were dead wrong!

Amazingly….Anthem Blue Cross’s motto was “Improving the health of our policyholders.”

…… And How their Lawyer, Bob Palmer @ the law firm of ROBERT GRAY PALMER CO. LPA took on Anthem Blue Cross got Justice for Bob & Esther Dardinger … 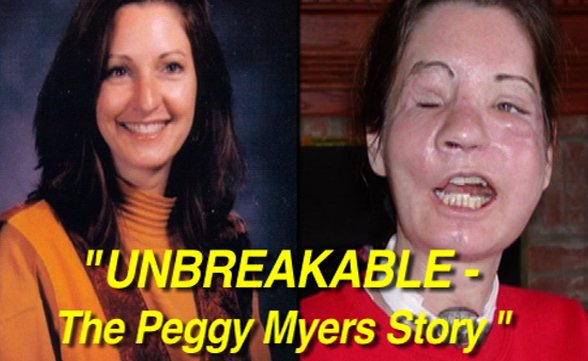 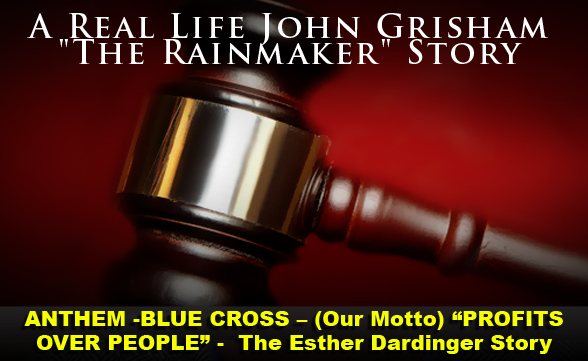 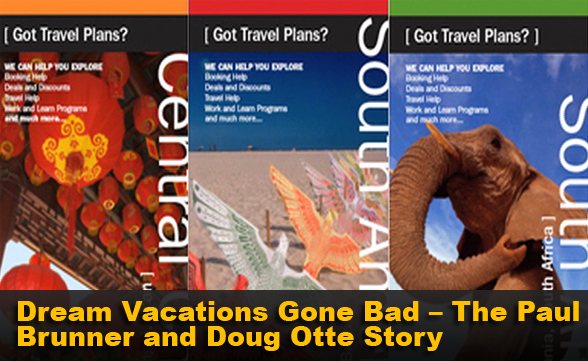