Animal Rights – What you Need to Know

In this INSIDER EXCLUSIVE Investigative TV Special, our News team “Goes Behind The Headlines” in ANIMAL RIGHTS – What you Need to Know ….. to examine how Anna Morrison-Ricordati, Founder of AMR Legal Group successfully represents Animal Owners in seeking justice through the civil court system.

As a result of her Advocacy and ground breaking cases, the Illinois state legislature has passed laws mandating additional officer training regarding the humane treatment of animals.

Whether through common law or legislation, animals are clearly part of the family and emotional distress damages are undeniable where a companion animal has been negligently injured or killed.
In this Insider Exclusive Investigative Network TV Special, Anna explains:
Who has standing to sue when an animal is injured?
What constitutes legal cruelty under the existing laws?
What damages are available to a litigant seeking justice?
Animal law encompasses not only companion animals, commonly referred to as “pets,” but also those animals living in the wild, and animals used for entertainment, food and in research. Animal welfare attorneys seek to protect animals from abuse under existing statutory and case laws and seek to extend animal protection through legislative change.

Despite the growing recognition of animals as sentient beings – capable of feeling pain and understanding their environments, damages cannot be sought for the suffering of the animal alone. That the laws do not fully address these damages in the context of negligent acts in no way lessens the emotional damages felt by an aggrieved party. It simply points to the hypocrisy of enabling a negligent offender to profit from our close emotional bonds with animals while escaping the full scope of liability that cannot be tolerated in fair judicial system. For this reason, several scholars have proposed a new legal classification for animals, which would grant animals a status greater than that of property, but less than that of a human.

This classification, or “living property,” has yet to be formally recognized by the courts, but is nonetheless gaining ground. As with most cases, the outcome of a civil case involving animal abuse depends heavily upon the sympathies of the judge or jury.

In many states, including Illinois, certain animal abuses are a felony. Criminal prosecution of such an animal abuser is almost always obtained via a sympathetic prosecutor who recognizes the inherent danger an animal abuser poses to the human population. While society has placed a lesser status on the lives of non-human animals, the psychological connection between violence towards animals and subsequent violence towards humans is undeniable.

Therefore, even persons who would not otherwise care about the welfare of animals have a stake in the outcome of a criminal animal abuse case for the abuser’s potential threat to society. Although a non-traditional legal field, animal law involves traditional subject matter, such as tort, contract, criminal and constitutional law. Animal law is currently taught in over 69 law schools, including Harvard, Stanford, UCLA, and Northwestern. Recognizing the growth in this field, most state and local bar associations now have animal law committees.

Anna Morrison-Ricordat knows how to make sure juries understand how important animals are in millions of American families. The emotional distress damages are undeniable and very real where a companion animal has been negligently injured or killed. In representing her clients, Anna won’t be outworked. And she will not rest until justice is done for her clients. .Her results speak for themselves. …..

Anna has earned the highest respect from citizens and lawyers alike…. as one of the best Trial lawyers in Chicago…. In Illinois….. and across the nation. And because of that …..She is driven to fight for people and their animals who had been harmed by the willful or negligent actions of others.

Anna has built a substantial reputation nationwide by consistently winning cases other law firms have turned down. And her amazing courtroom skills and headline grabbing success rate continue to provide his clients with the results they need……And the results they deserve. 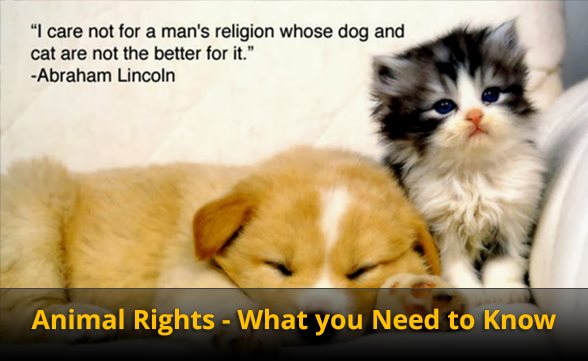 Animal Rights – What you Need to Know