All Across America….There is a serious 911 CALL Emergency Crisis…..

911 calls to police and firefighters…..who our nation’s “domestic army” — and the same troops who will be called upon to respond to the next terrorist attack …..are going unanswered!

At least two-thirds of the nation’s fire departments are understaffed, according to the National Fire Protection Association which sets firefighting codes and standards.

The shortage is worst in rural volunteer departments that have trouble recruiting new members. But many big and medium-size cities….. that are more likely to be terrorist targets are …..also short-handed.

And in Prince William County, Virginia and many other financially troubled cities and counties ….. the reduction in those ranks of first responders… are reaching a crisis level!

In 1988…. Prince William County residents were at risk for a hidden danger…their own 911 system provided only the “illusion of safety”

Unfortunately for one of their residents, James Overman….it took…. his death in the early morning hours of February 23, 1988….. for this tragic truth to become public.

On the morning of February 23, 1988, Mr. Overman fell in the bathroom of his home and briefly lost consciousness. Concerned about her husband’s physical condition and medical history, Mrs. Overman 1st dialed “911” at 5:55 a.m. and reported her husband’s symptoms to the operator, David Batson.

Batson asked several questions to determine the nature and severity of Mr. Overman’s condition and told her he would “get somebody out there.” Batson then cleared the call from the “911” computer

A second call to “911” was made at 6:05 a.m. to request an ambulance. This time, a different operator answered the call, and after hearing a description of the symptoms, said that she would send someone out.

She classified the call as “ALS sickness.” “ALS” denoting “Advanced life support.” The call was forwarded by computer to the Prince William County dispatcher.

When the dispatcher received the call, no ALS ambulances were available anywhere in the County.

Following the County’s “911” procedures, the dispatcher called five stations, each progressively further from the Overman’s home, before a response was received from the Dumfries-Triangle Station 3 which responded at 6:24 a.m. and dispatched an ambulance.

At 6:34 a.m., Ms. Overman made a third call to “911” and told a third operator that her husband had stopped breathing.

Mrs. Overman was Never told that no ALS equipment or personnel were available to assist her. At 6:37 a.m., approximately thirty-two minutes after the first call requesting an ambulance, assistance arrived at the Overman home.

When the ambulance crew asked for ALS assistance, they were told no ALS units were available. Mr. Overman had no pulse and no blood pressure when the Dumfries BLS crew arrived. ALS treatment was finally administered when Overman arrived at 6:59 a.m. at the Potomac Hospital.

Prior to February, 1988, a County Blue Ribbon Commission reported that some volunteer company rescue crews routinely “abandoned” their stations before the paid crews came on duty at 7:00 a.m., to enable them to get to their regular places of employment on time.

A July, 1987 report of the County’s emergency medical directors noted a “significant gap” in ALS coverage between the hours of 5:00 a.m. and 7:00 a.m., and called the gap the “window of vulnerability.”

And the courageous efforts of Chuck Roberts, Ptr Charles B. Roberts & Associates, in representing Mrs Overman as well as all the citizens of Prince George County Virginia to correct and to improve this serious Crisis in the Emergency 911 Services in the county.

He also realized that the “doctrine of sovereign immunity” is alive and well in the state of Virginia, and that all of the Defendants would likely be immune from liability …..

Unless….of course… he could prove the Defendants committed “gross negligence,”….. that is, their acts or omissions showed an utter disregard for caution and the safety of others.

He also quickly realized that we could not file suit in the Prince William County Courthouse because the jury pool would be the friends and neighbors of the 12 Fire and Rescue Departments and the volunteers who staff the firehouses on the weekends and weekdays… between 5:00 to 7:00 a.m.

Once his firm filed suit and all the local papers began placing the case on the front page….and as a result…his firm began to see a significant downturn in new clients.

As they feared, the trial court granted summary judgment to the Defendants finding insufficient evidence of “gross negligence,” and they appealed that decision to the 4th Circuit U.S. Court of Appeals.

During oral argument… at the appellate court, Chuck Roberts was asked by a judge, “Where is the gross negligence?”

He replied that the failure of the rescue departments to knowingly allow the “window of vulnerability” to continue resulting in absolutely no ALS personnel on duty between 5:00 a.m. and 7:00 a.m. at all constitutes an “utter disregard for the prudence” and hence is gross negligence.

The appeal was denied and the case was dismissed.

Tragically, Mrs. Overman became a victim of our government twice…

But As a direct result of the Overman case, the County Director of Fire and Rescue closed the “window of vulnerability” by scheduling both an ALS and a BLS medic unit for duty between 5:00 a.m. and 7:00 a.m. each day in Prince William County.

Chuck Roberts goal in pursuing the Overman’s case is one of those courageous examples of a lawyer…and a citizen… “Doing the Right Thing…for the Right Reason”.

Chuck has earned the highest respect from citizens and lawyers alike…. as one of the best Trial lawyers in Virginia ….. and in America.

And has built a substantial reputation nationwide by consistently fighting for everyday people that other law firms have turned down. 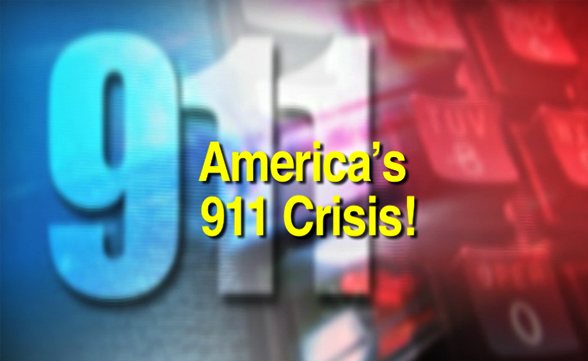