In this INSIDER EXCLUSIVE Investigative Network TV Show, our News Team “Goes Behind The Headlines” in “AMERICAN INDIAN RIGHTS and TREATIES – The Story of the 1868 Treaty of Fort Laramie” to examine how James Leach, of the James Leach Law Firm successfully won a major victory on behalf of the survivors of a Lakota Sioux couple killed on the Pine Ridge reservation in South Dakota by holding the US Government liable under the terms of their 148 year old …..1868 Treaty of Fort Laramie.

Between 1867 and 1868, nine treaties concluded between the United States and various Indian tribes and each contained what is known as a “bad man” provision. Within each of these provisions is a clause in which the United States promises to reimburse Indians for injuries sustained as a result of wrongs committed by “bad men among the whites, or among other people subject to the authority of the United States.”

Article I of the Laramie Treaty as found in 15 Stat. 635 contains two “bad men” provisions and reads in part:

“If bad men among the whites, or among other people subject to the authority of the United States, shall commit any wrong upon the person or property of the Indians, the United States will, upon proof made to the agent and forwarded to the Commissioner of Indian Affairs at Washington city…….
And proceed at once to cause the offender to be arrested and punished according to the laws of the United States, and also reimburse the injured person for the loss sustained.”
“If bad men among the Indians shall commit a wrong or depredation upon the person or property of any one, white, black, or Indian, subject to the authority of the United States, and at peace therewith……
……the Indians herein named solemnly agree that they will, upon proof made to their agent and notice by him, deliver up the wrong-doer to the
United States, to be tried and punished according to its laws; and in case they willfully refuse so to do, the person injured shall be reimbursed for his loss from the annuities or other moneys due or to become due to them under this or other treaties made with the United States.”
On August 27, 2008, two members of the Oglala Sioux Tribe, 26-year-old Calonnie Randall and 22-year-old Robert Whirlwind Horse, were killed on the Pine Ridge Indian Reservation by Timothy Hotz, a non-Sioux civilian who was driving drunk. He fled the scene and was eventually arrested.

Hotz pled guilty to involuntary manslaughter in the United States District Court and was sentenced to very lenient federal prison sentence of only 51 months. The victims’ relatives were extremely unhappy with this light sentence.

Under Article I of the Laramie Treaty, “bad men” provision the surviving family member, James Richard And Jon and Monica Whirlwind Horse sued the US government. Interestingly enough, no one anywhere had brought any lawsuit to enforce this treaty provision—known as the “bad man clause”—until 1970.

In the ensuing 40 years, a handful of suits were brought, but in every case, the wrongdoer worked for the government.

The Treaty of 1868 has been previously recognized as an existing obligation of the U.S. serving as the source of judicially enforceable property and personal rights. Treaties with Indian tribes are enforceable contracts, and any disputes as to meaning must be resolved against the US, the original drafter of the treaty.

The original lawsuit was incorrectly dismissed by Judge Margaret M. Sweeney, a judge of the United States Court of Federal Claims, because she “made a major mistake” by ruling that “the Treaty provision only applied where the wrongdoer was a government employee.

Jim Leach successfully appealed Judge Sweeney’s mistaken decision, despite the fact that the US government has a horrible record of breaking their own treaties….

He knew that this same “Bad Man treaty” provision was in eight other treaties with other tribes throughout the West, so enforcing it in the Ft. Laramie treaty with the Sioux would set a precedent that it is enforceable in all those other treaties, creating significant financial liability for the United States.

This landmark case is very significant because it established that:

US Courts must enforce the plain language of Native AmericanTreaties no matter if they are 150 years old, and Courts must recognize new claims to those treaties, even if they have been never made before.
That same mindset and precedent has been observed daily for the last 227 years following the ratification of the US Constitution.
Native Americans harmed by a “wrong” (a crime) committed by a “bad man among the whites” are entitled to compensation from the federal government—because the government guaranteed this by treaty—even though the government had no role in the wrongdoing.
Jim has earned the highest respect from citizens and lawyers alike…. as one of the best trial lawyers in South Dakota. He has built a substantial reputation nationwide by consistently winning cases other law firms have turned down. And his courtroom skills continue to provide his clients with the results they need……And the results they deserve. 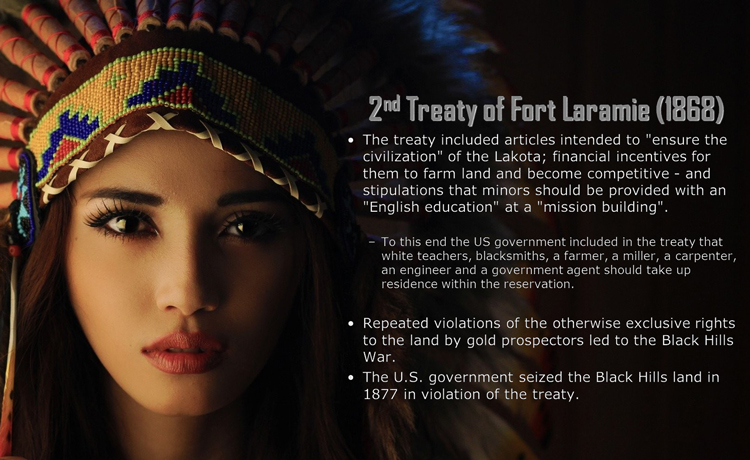