Oppression is omnipresent among people with disabilities. It’s interwoven in their daily lives. They breathe, sleep and work with it ……….as if it were natural.

The fight for accessible public transportation seems to have been the crucible for the disability rights movement for much of the last two decades. Advocates thought that accessible transportation would be the key to free disabled people and to mainstream them in society.

Public transit authorities also provide ADA paratransit service for those disabled persons who are unable to travel using the fixed route bus service. The ADA paratransit service provides both curb-to-curb service..and door-to-door services
The spirit of the ADA is all about equal access and leveling the playing field so that Disabled persons no longer have to sit on the sidelines. But 21 years after the law was passed, we still see horror stories of a “Well-Intended Plan that sometimes goes horribly wrong”

Today the INSIDER EXCLUSIVE “Goes Behind The Headlines” to share one of those horror stories in “AMERICAN DISABILITIES ACT PROBLEMS- Florence Kulb’s Story”, and to expose where the ADA’s Paratransit Program went wrong in Philadelphia

And how Florence Kulb’s lawyer, Robert Huber, Ptr Huber & Palsir successfully represented Florence to get her the justice she deserved. Robert’s goals….. Not ONLY To get Justice for his Florence… BUT To make sure that similar incidents don’t ever happen again, anywhere in America.

Robert Huber has earned the highest respect from citizens and lawyers alike…. as one of the best people’s trial lawyers in Philadelphia….in Pennsylvania… and….. in America. He has built a substantial reputation nationwide by consistently winning cases other law firms have turned down. In 2009 he was chosen as the co-chair elect of the Philadelphia Bar Association’s Workers Compensation Section. He is serving on its Executive Committee for the 2009-2011 term.

His dedication to representing injured workers, knowledge of the law and reputation and his amazing courtroom skills and headline grabbing success rate continue to provide his clients with the results they need……And the results they deserve. 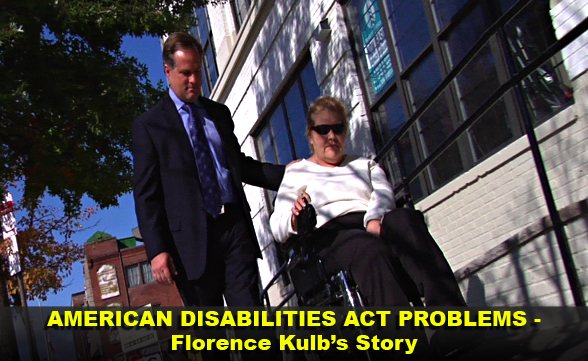