The Tennessee Supreme Court has issued a “huge victory” for workers nationwide, especially for victims of mesothelioma lung cancer and other asbestos-related diseases, in a ruling saying a corporation, Alcoa, “has a full duty to prevent its employees from going home at the end of the workday in clothes that are contaminated with asbestos fibers.” Alcoa, a Fortune 100 company, “knew that the families of such workers could be exposed to the tiny dangerous asbestos fibers that can easily be inhaled if they become airborne.” The company had, and now has, an important duty to set precautions for its employees and prevent asbestos exposure. “

The plaintiff, Amanda Satterfield, was a beautiful 25-year-old young lady who died on January 1st, 2005. Amanda’s family continued her lawsuit, suing Alcoa for $10 million in compensatory damages and $10 million in punitive damages, and settled the case in September 2009. Amanda was exposed to asbestos in the late 1970s when she was just a few days old. Born in a premature birth, Amanda had to spend the first 3 months after her birth at a hospital in Knoxville, Tennessee, during which period her father was employed at Alcoa’s aluminum plant. Her father was exposed to asbestos on the job, and he then visited his baby daughter in the hospital immediately after work, wearing the same asbestos-contaminated clothes.

The court was surprised at realizing that Amanda was exposed to asbestos from day one of her life, thanks to her father’s asbestos-contaminated work clothes. Proof presented at the Supreme court included Alcoa knew that the air in its factories contained high amounts of asbestos fibers, and workers in the plant were inhaling these fibers that can easily get clogged up in the lungs and lead to lung scarring or inflammation. In fact, Alcoa conducted tests to determine the amount of asbestos fibers on their employees’ asbestos-contaminated clothes, and the result was very high. It was proven that Alcoa knew that even a small amount of exposure to asbestos fibers could lead to deadly diseases.

Using these facts, the Tennessee Supreme Court decided that “Under Tennessee law, Alcoa has a duty to prevent foreseeable injury from an unreasonable risk of harm that it had itself created.” The Tennessee Supreme Court, stated that, “In light of the magnitude of the potential harm from exposure to asbestos and the means available to prevent or reduce this harm, we see no reason to prevent carpool members, baby sitters, or the domestic help from pursuing negligence claims against an employer should they develop mesothelioma after being repeatedly and regularly in close contact with an employee’s asbestos-contaminated work clothes over an extended period of time.”

Today The Insider Exclusive will go behind the headlines to examine this landmark Tennessee Supreme Court ruling, and the lawyer who fought so valiantly for Amanda Satterfield and her family: Greg Coleman

Gregory F. Coleman is a highly distinguished attorney who focuses on products liability, litigation, medical malpractice, person injury, complex multi-district litigation, toxic torts, premises liability, class actions, ERISA, ERISA class actions, drug and medical device litigation, and workers’ compensation. He has tried more than 100 jury trials and countless bench trials. A graduate of Jacksonville State University and the University of Tennessee College of Law, where he was a member of the National Trial Moot Court Team and the recipient of the American Jurisprudence Award for National Trial Team, Greg has been recognized by his colleagues for his outstanding work. He is a Charter Member and Fellow of the Litigation Counsel of America.

Coleman & Edwards, P.C. aggressively pursues clients’ rights for all types of motor vehicle accidents, including those involving drunk drivers, hit and run drivers, and uninsured/under-insured drivers. The firm also represents those victims who have been injured in tractor-trailer accidents, workers compensation, toxic tort, asbestos related diseases, and all areas of personal injury. The foundation of the firm’s philosophy in the practice of law is that protecting clients’ rights and interests is the most important thing. 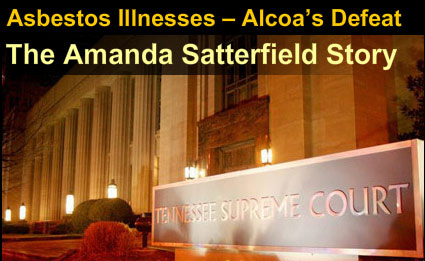 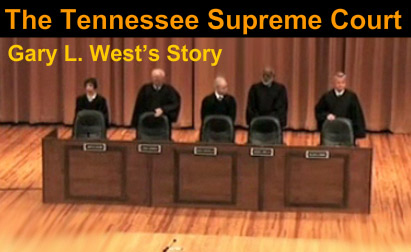