From this beautiful island paradise of Puerto Rico, over 41 years ago…..on May 30, 1972, 17 Puerto Rican Christians set out on their lifetime pilgrimage to the Holy Land to see the very source of Christianity…. to the very place where “the Word was made flesh and dwelt among us”.

They landed in Israel,…….but never made it to the Holy Land …

That night, scores of lives were shattered, along with the glass screen at Lod Airport (now Ben-Gurion)….. when three Japanese Red Army terrorists indiscriminately sprayed machine gun fire and threw hand grenades in the arrivals hall. The Lod Airport massacre left 26 people dead and 80 injured. 8 were Israeli, 1 was Canadian and the remaining 17 victims were Puerto Ricans with U.S. citizenship.

To this day, the event that occurred in Tel Aviv over forty years ago is regarded in Puerto Rico as a great national tragedy. Even after the passage of four decades, the wounds inflicted on many Puerto Rican families remain raw. The terrorists had arrived in Israel on an Air France flight and they began their attack as soon as they passed the ticket area and retrieved their cases – which had clearly not been subjected to any search at all before the flight… as they contained nothing but AK-47 submachine guns and grenades.

Imagine a world …Today….where you could turn up at an international airport shortly before your flight was due to leave, and undergo a security check involving nothing more than a casual look through your suitcase.
Imagine an arrivals hall that had a glass screen through which you could see the people you had come to meet, wave to them, and watch as they waited for their luggage.

Imagine a world without the Internet, iPhones or Facebook to give you immediate information as it happens. There weren’t even any 24-hour news stations on radio or television forty years ago, so the first anyone heard of the attack was on that day’s late evening TV News

Until May 30 1972, this was the innocent world we lived in.
The operation was planned and supported by the Popular Front for the Liberation of Palestine, and the former government of Libya. Two of the terrorists were killed in the attack and the third, Kozo Okamoto, was captured, tried by a military court and sentenced to life imprisonment. He was released in 1983, however, as part of a prisoner exchange with the Palestinians.

On the upcoming anniversary of the attack 41 years ago, the Insider Exclusive Investigative TV Series “Goes Behind the Headline”, in “AIRPORT TERROR – The Lod Airport Massacre – Remembrance” for the first time ever to meet with some of the surviving family members of this massacre, and their lawyer, David Efron, Founding Partner at the Law Offices of David Efron P.C. who represented several victims who were victimized twice – first, when they each lost their respective fathers is the gruesome, terrorist act at Lod Airport and second, by their former lawyer whom swindled them out of the settlement monies they should have received for the massacre of their fathers.

On August 14, 2008, Libya entered into an agreement with the Government of the United States (the “Claims Settlement Agreement”) which established a fund for $1.8 billion dollars, to be administered by the United States Department of State, to compensate all victims of terrorist acts sponsored by Libya. As a result, the Plaintiffs appearing in this case were entitled to receive $10 million for the Estates of each United States citizen killed by Libyan terrorism on the condition that their lawsuit be dismissed, since it was of no consequence to the diplomatic settlement.

The American Center for Civil Justice originally retained an attorney named Defendant Joshua M. Ambush to help pursue litigation on behalf of the victims of the Lod Massacre, specifically the heirs located in Puerto Rico. Ambush was later found by the U.S. Court of Appeals for the First Circuit to have made misrepresentations to these same Lod Massacre victims inducing them to sign additional retainer agreements. The Court affirmed the lower court’s decision, that “Ambush had secured his clients’ (the victims) consent to additional retainer agreements by deceit”

David Efron, represented the victims of this U.S. Court of Appeals decision and as a result, he has earned the highest respect from citizens and lawyers alike…. as one of the best Trial lawyers in San Juan…. In Puerto Rico….. and in the United States.

He has seen many innocent & hard-working people become VICTIMS, and because of that he is driven to fight for people who had been harmed by the willful or negligent actions of others..

Since 2007, Puerto Rico has marked May 30 as “Lod Massacre Remembrance Day” to commemorate the events, and honors both those murdered and those who survived, and educate the Puerto Rican public against terrorism.

This Insider Exclusive Investigative TV Special is dedicated to the honor of these victims, and their families:

>US citizens of Puerto Rico: 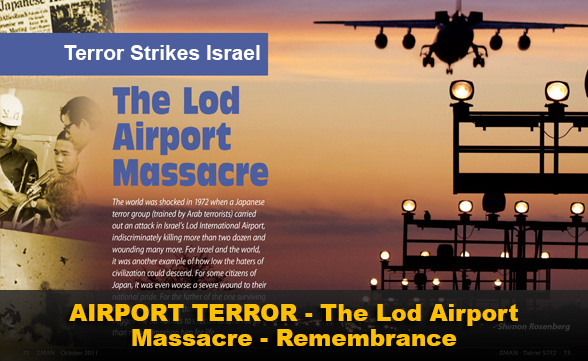 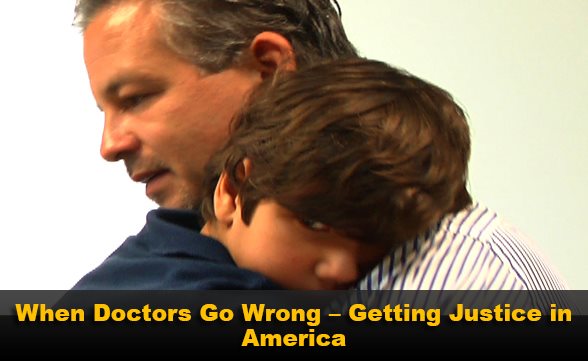 When Doctors Go Wrong – Getting Justice In America