In this new Insider Exclusive Investigative Network TV Special, A Whistleblower’s Nightmare – Janet Fulton’s Story, our News team goes behind the headlines with Mary-Alice Coleman, of the Law Offices of Mary-Alice Coleman and Lawrance Bohm, of The Bohm Law Group, as they represent Janet Fulton, in a classic David v Goliath “Whistleblower/Retaliation/Wrongful Termination” case against the University of Calif Regents.

But for many whistleblowers, a recent New England Journal of Medicine study showed, whistleblowers pay a tremendous personal cost for their disclosures and almost 82% experienced retaliation from employers, including being harassed,

blackballed, and fired. In addition, whistleblowers face social ostracism from coworkers, and undergo stressful psychological strain.
As Mark Twain once wrote: “Character is doing the right thing when nobody’s looking. There are too many people who think that the only thing that’s right is to get by, and the only thing that’s wrong is to get caught.”

Janet Fulton has always said, “The only ethical principle which has made research possible is that the truth shall be told all the time…… If we do not penalize false statements made in error, we open up the way for false statements by

intention. And a false statement of fact, made deliberately, is the most serious crime a researcher can commit.”
Janet, a registered nurse for over 30 years, had already been a Nurse Research Coordinator with UC Davis for over nine years when she started work with the Community Oriented Pain-management Exchange (COPE) in April 2006.

The organization was created to conduct pain treatment research in California prisons, and was a joint effort between UCD, the California Department of Corrections (CDC) and the Correctional Medicine Network at UCSF.

It was her dream job…. and not long after her hire, her husband, Ken Keyzer, was also hired to provide IT services for the COPE project. During her time on the COPE project, Janet noticed improper use of confidential medical records and

protected health information (PHI) of San Quentin patients, as well as interviews conducted without informed consent.
When Janet confronted her supervisor about these violations, she and her team were instructed by a supervisor to destroy the paperwork and disregard the improprieties. Janet contacted UCD’s Institutional Review Board (IRB), which is

responsible for regulating all research involving human subjects, and discovered that COPE did not have an IRB approval for research. She filed a complaint and was invited to testify for the proceeding IRB investigation. At roughly the same time of the hearing, Janet’s husband, Ken was abruptly fired from his job at COPE.
The IRB substantiated Janet’s allegations, prompting UCSF to withdraw support for COPE in August 2007. The $5 million dollar grant was subsequently returned to the government, and the research project itself was shut down.

Janet stated that “As an actively licensed registered nurse in California, I am obligated to come forward and do what is necessary to protect my patients.”

Though other employees from the COPE project were given positions on other long term projects, Janet was given two temporary positions. Janet declined both offers and was then notified of her termination from her job at UCD.

Janet’s experience with whistleblower retaliation at UCD has not gone unnoticed. She testified on May 5 of this year before the Senate Judiciary Committee on Senator Leland Yee’s Senate Bill, currently on the governor’s desk. The bill

would force the UC Regents to be more accountable for whistleblower retaliation complaints.
In this Insider Exclusive Special, Mary-Alice and Lawrance will explain how “The current process at UC does not work,” “It creates a dysfunctional culture of cover-up and it encourages people not to come forward and not tell the truth for

fear of retaliation.”
Whistleblowers serve an important role to both their employers and to the general public by bringing to light an employer’s ethical, or even legal, violations. Because of this, federal and state laws exist to protect certain

whistleblowers from retaliation by an outed employer.
The whole point of a whistleblower claim is to correct the actions engaged in by the institution that damage public safety, waste tax dollars, or violate the public trust in government.

Mary-Alice Coleman and Lawrance Bohm are dedicated attorneys who advocate on behalf of their clients in cases involving employment disputes such as unpaid wages and overtime, wrongful termination and sexual harassment.

As a former whistleblower herself, Mary- Alice has a unique perspective that allows her to effectively argue for the needs and protections of other whistleblowers.

Mary-Alice and Lawrance have earned the highest respect from citizens and lawyers alike…. as some of the best Trial Lawyers in Sacramento, in California and across the nation.

Their goals….. Not ONLY To get Justice for their clients…but to make sure that everyone is treated with equal respect and dignity as guaranteed under the Constitution of the United States.

They have built a substantial reputation by consistently winning cases other law firms have turned down. Their amazing courtroom skills and headline grabbing success rate continue to provide their clients with the results they need……And

the results they deserve. 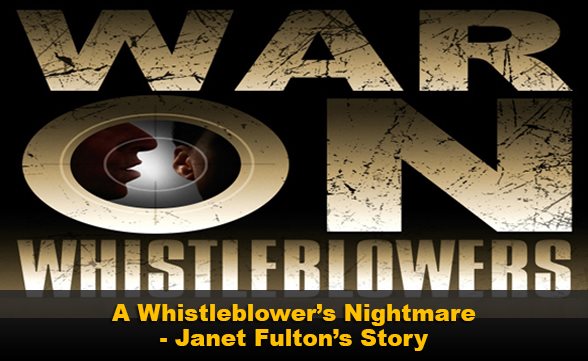